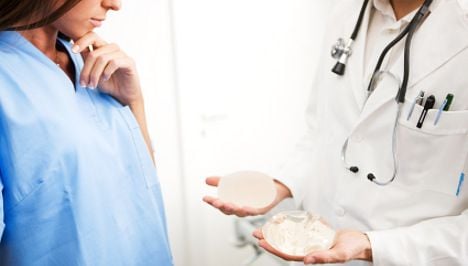 Between 300,000 and 400,000 women in 65 countries from Europe to Latin America have implants made with sub-standard silicone gel by 72-year-old Jean-Claude Mas’s now-bankrupt company Poly Implant Prothese (PIP).

France last week advised 30,000 women to have their PIP implants removed because of an increased risk of rupture and Venezuela’s government announced on Tuesday that women with the implants could have them removed for free.

Authorities in other countries have advised women to consult their doctors over the implants, while it emerged on Monday that US authorities had already raised the alarm over the company in 2000.

Lawsuits filed in the US cite defective merchandise not suited for its intended purpose and violations of consumer legislation by PIP, which was once the world’s third-largest producer of silicone implants.

With Mas due in a French court next year, questions are increasingly being asked over why it took until 2010 for French authorities to intervene, while Mas’s lawyer has been actively defending his client in the press.

“He’s at home… he’s not on the run at all. Moreover he can’t walk because he’s just been operated on,” lawyer Yves Haddad told AFP on Tuesday, saying he simply “doesn’t want to talk” publicly.

“PIP knew it wasn’t in compliance, but it wasn’t a toxic product,” the lawyer said, adding it “had not been proven” the implants were any more likely to leak.

“The fact that it’s an irritant (when ruptured) is the same for all silicone gels,” Haddad said, also denying that his client had ever been a sausage butcher or wine merchant, as reported by the French press.

PIP used two types of silicone in its implants, Haddad said. One of them was an approved gel made by American firm Nusil, but it also used an “identical” homemade gel that was five times cheaper.

According to PIP’s 2010 bankruptcy filing, it had exported 84 percent of its annual production of 100,000 implants.

Prosecutors in Marseille, near PIP’s laboratory at Seyne-sur-Mer on the Mediterranean, have received more than 2,000 complaints from French women who received the implants, and are pursuing a criminal investigation.

A lawyer representing four French women who received the PIP implants, Laurent Gaudon, said Wednesday they would be suing the manufacturer and their surgeons.

Gaudon said he would file the suit next week at a court in the city of Toulon and that the four women would be suing PIP, German company TUV which provided quality certification for PIP, and their four cosmetic surgeons.

“The doctors must be questioned by experts… They could not have been ignorant of the fact that these implants were fragile,” he said, adding that his clients had discovered cracks in their implants but not yet had them removed.

On Tuesday it emerged that the US Food and Drug Administration had already in 2000 sent a letter to PIP warning of “serious” quality control violations involving its saline implants.

Although the complaint targeted saline rather than the silicone implants at the centre of the current scandal, the letter outlined a list of quality assurance problems.

The FDA warned they “may be symptomatic of serious underlying problems in your firm’s manufacturing and quality assurance systems.”

Mas’s trial for “aggravated fraud” is due to open late 2012, while a manslaughter inquiry has also been opened after at least one suspicious death in France.