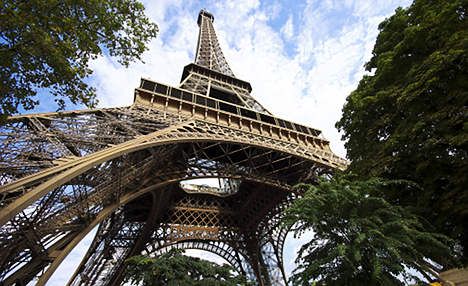 A report in Thursday’s Le Figaro says the increasing popularity of Paris as a tourist destination will need to be carefully managed if visitors and the sights themselves are not to suffer.

A record seven million tourists filed past the Mona Lisa, known in France as La Joconde, in 2011. The painting by Leonardo da Vinci is housed in the Louvre museum where it now occupies its own room to cope with its popularity.

According to Henri Loyrette, the president of the Louvre, visitor numbers are manageable at the moment but could eventually become a problem.

“For the time being, visitors don’t complain too much because the Louvre is a must-see,” he told the newspaper.

“But we know the museum would be totally saturated with 12 million visitors.”

It’s not just tourists who could suffer if numbers keep rising. Some of the sights themselves may be damaged.

The Sainte-Chapelle church is visited by 850,000 people each year who cram into its 33-metre long and 10-metre wide space.

“Bit by bit, the breathing of the visitors together with outside pollution is damaging the stained glass,” said Isabelle de Gourcuff who looks after the church.

Seeking to increase its appeal, the Eiffel Tower announced plans this year to renovate its unloved first floor with a revamped visitor area and restaurant. Its visitor numbers are limited by the size of its elevators and the fixed number of trips they can make up the tower each day.

Paris’ most popular sight is the Notre Dame church, which welcomes 13.5 million visitors a year. Other favourites include the Sacré Coeur basilica (10.5 million), the Eiffel Tower (7 million) and the Chateau de Versailles (6.5 million).