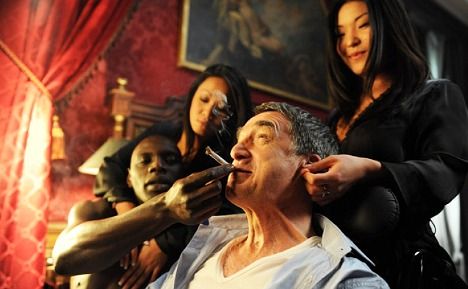 French actor Omar Sy is France’s hot ticket this winter and his comedy “Intouchables” is on course to become one of France’s most popular box office hits.

11 million people in France have seen the feel-good film, which follows the adventures of Philippe, a grumpy tetraplegic aristocrat who rediscovers life with Driss, a young black man from the Parisian banlieues.

On Wednesday, Sy, who plays Driss in the film, hit headlines again when he declined an invitation to the Elysée Palace along with the team from “Intouchables”.

His press agent told daily Le Parisien, “Sy was working from 9am to 6pm on a new film, he couldn’t accept the invitation and leave 80 technicians in the lurch.”

However, French journalists have been speculating Sy wanted to show his dissatisfaction with Sarkozy’s policies and did not want to see the right-wing UMP party exploiting his film’s success ahead of presidential election in April 2012.

Sy, a 33-year-old from the town of Trappes, a poor suburb west of Paris, rose to relative fame in the short comedy series “Service Après-Vente” (After-Sales Support).