Awarded by the French animal protection group 30 Millions d’Amis (30 Million Friends), the offbeat animal-themed prize traditionally wraps up France’s book award season, and is bestowed in the Paris restaurant which hosts the real Goncourt each year.

This year’s winner, “Domestic Carnivores” by Erwann Creac’h, is about a vet who answers emergency home calls for pets, only to find himself face-to-face with the distress of their often lonely, bewildered masters.

Creac’h, 38, who works in Paris but is originally from western Brittany, said he was “very surprised” by the honour, and that he simply sought to “share with others what I see and learn every day on my rounds.”

“We don’t often talk about solitude in our society, or about the profound relationship that exists between man and animal,” he said.

“People come in and want to talk about their animals’ problems but they end up talking about their own — and that’s what I wanted to share.”

Houellebecq, who won the Goncourt last year for his work “The Map and the Territory”, was asked to sit on the jury because of his well-documented passion for animals — which he has called a “crazy love.”

For years the controversial writer was spotted with his pet terrier at his side, up until the dog’s death in March this year.

“There are lots of things that I have made fun of in my literary career, but this relationship with a pet, especially for a person who is alone, is something I would never mock,” Houellebecq said.

But the writer did say he would have gone for a different title. Instead of “Domestic Carnivores”, he suggested “The Only Person Who Ever Loved Me.” 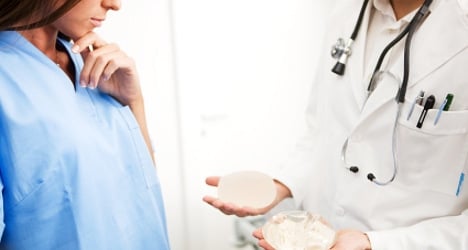 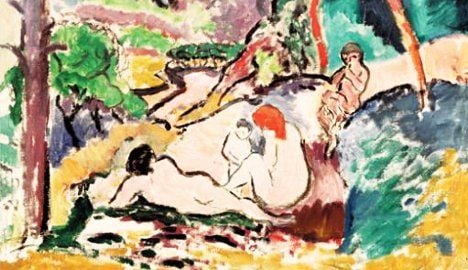 A French court will hand out its verdict on a firm behind the scandal that saw thousands of women given industrial-grade silicone in breast implants. Photo: Webphotographer/Flickr

Jean-Claude Mas, the founder of PIP, the French firm at the centre of a global scandal over faulty breast implants, was convicted on Tuesday of fraud and sentenced to four years in prison.

Mas, dubbed "the sorcerer's apprentice of implants" by prosecutors,  was also handed a €75,000 ($103,000) fine and banned permanently from working in medical services or running a company

Four other former PIP executives were also convicted and given lesser sentences.

The scandal first emerged in 2010 after doctors noticed abnormally high rupture rates in PIP implants. It gathered steam worldwide in 2011, with some 300,000 women in 65 countries believed to have received the faulty implants.

Prosecutors had called for sentences of between six months and four years in prison for the accused.

During a month-long trial in Marseille in April, the defendants admitted to using the industrial-grade silicone but Mas, who has spent eight months in pre-trial detention, denied the company's implants posed any health risks.

More than 7,500 women have reported ruptures in the implants and in France alone 15,000 have had the PIP implants replaced.

But health officials in various countries have said they are not toxic and do not increase the risk of breast cancer.

The court did not rule on the question of whether the implants posed a risk, only whether the five managers defrauded their clients and German safety standards firm TUV, which approved the implants for market.

More than 7,000 women have declared themselves civil plaintiffs in the case and hundreds packed the court during the trial in April, which was moved to the Marseille convention centre.

Mas, a one-time travelling salesman who got his start in the medical business by selling pharmaceuticals, founded PIP in 1991 to take advantage of the booming market for cosmetic implants.

Health authorities later discovered he was saving millions of euros by using industrial-grade gel in 75 percent of the implants. PIP's implants were banned and the company eventually liquidated.

German firm TUV was last month found liable in the case, with a court in the French city of Toulon ruling that the German firm had "neglected its duties" by failing to properly verify the implants.

The company was ordered to pay more than 50 million euros in compensation to six distributors and to more than 1,600 women fitted with the implants.