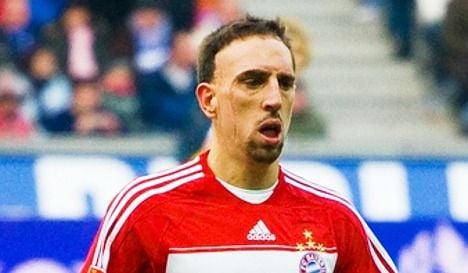 Ribery was arrested and questioned in April 2010 after Zahia Dehar, an escort girl, said she had a relationship with him when she was only 16.

Paying prostitutes for sex is not illegal in France unless they are under 18, and Ribery is under investigation and facing a possible jail term.

But the 28-year-old player’s defence lawyer Sophie Bottai said a 42-page pre-trial report from prosecutors had concluded they could not prove that he had known Dehar’s age in 2008, at the time of their encounters.

She said that this gave support to her request that the case be thrown out and said she hoped the judge would now agree to drop the matter.

A second player, French international striker Karim Benzema, is also under investigation for having allegedly slept with Dehar, a former reality show contestant who worked as a call girl in a Paris nightclub.

Since the case became public Dehar has become a minor celebrity, and gave an interview to the weekly Paris Match in which she admitted having been paid for sex by the players but said she had not told them her age.

She insisted that she not be called a prostitute, but an “escort girl” and posed scantily clad for pictures.