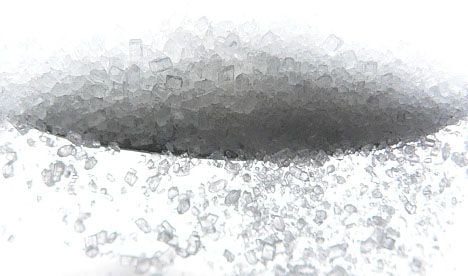 France allows growers to add grape must or sugar during fermentation in order to increase the degree of alcohol in their wine, but with strict rules on the quantity allowed. There is also a tax of €13 per 100 kilos of sugar.

On November 4th the store manager, Therese Solano, received a suspended €5,000 fine on charges of selling sugar to professionals — winegrowers in particular — without recording the purchasers’ names as required by law.

The court found that she had sold 157 tonnes of sugar without invoices, over a two-year period.

The store owner’s lawyer argued that she was being made a scapegoat for suspected abuses by local winegrowers.

Solano said that her customers were making jam, as far as she knew, and that her competitive pricing attracted a wide clientele.

But the court dismissed the explanation as lacking credibility, pointing out spikes in sales at around harvest time, notably in 2007.

“We have heard this before in situations where they are selling sugar at this time of year,” an agent from the DGCCRF wine brigade told AFP. “But given the amount of sugar, it could only be sales to professionals, and in this case, winegrowers.”

The year 2007 is remembered for its dismal weather, one of the factors which can prompt winegrowers to add sugar to their harvest.

The DGCCRF wine brigade told AFP it suspects the store was helping local winegrowers sweeten their crop beyond the authorised limit — rather than dodge taxes.

“In 2007 alone, what was sold over three months corresponds to the annual consumption of a city of 10,000 inhabitants,” said a DGCCRF agent, quoted in the Sud Ouest newspaper earlier this month. “In the Gironde, it’s the first time we have had an affair of such an important volume.”

The village in question is surrounded as far the eye can see by vineyards producing sweet white wines made from grapes affected by noble rot.

No specific growers were named in the case, but the local wine syndicate, located a few steps from Le Montecrucien, expressed indignation at the implied guilt of the 50 estates producing Sainte-Croix-du-Mont appellation wines.

“The quantity of sugar is too enormous to only concern the winegrowers of our appellation,” said syndicate head Nicolas Solane.

“Given the economic difficulties facing us at the moment, I do not think winegrowers would be messing around with amusing themselves with this sort of thing,” he said.

“There is a certain tolerance for adding sugar, but beyond that we are tightly monitored by the government.”

The suspected sugar scam is the largest in recent memory in the Bordeaux region, but a similar scandal erupted in the rival Beaujolais winemaking region in 2009, in which 600 tonnes of sugar was sold without invoices to winemakers.

In that instance 53 Beaujolais producers received fines ranging from 2,000 to 20,000 euros. Two middlemen and three supermarkets and their directors were also convicted and harshly fined, dealing a blow to the image of Beaujolais.