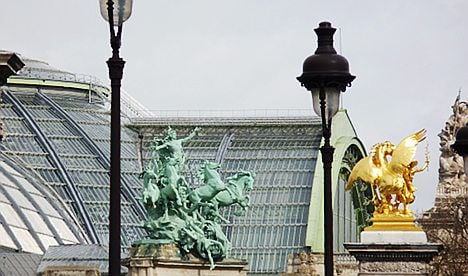 The show, which is in its 15th year, attracts visitors from around the world.

The 2012 gathering will showcase 135 galleries and publishers from 23 countries.

This year, the venue has changed from the cramped but intimate exhibition spaces under the Louvre museum to the majestic Grand Palais close to the Champs-Élysées. The Grand Palais was built in 1897 for the Universal Exhibition of 1900.

Some exhibitors are reported to be nervous about the move and fearful that the spirit of the show might be lost. Exhibition director Julien Frydman told photography magazine La Lettre de la Photographie the move is an exciting one.

“French galleries have been the most apprehensive,” he said. “Foreign galleries can appreciate how the prestige of the Grand Palais rubs off on their offerings. It’s a risk, but it’s a beautiful risk.”

Paris Photo will run from November 10th to 13th at the Grand Palais on the Avenue Winston Churchill. It will be open from midday until 8pm (7pm on Sunday) and entry will cost €25 ($34).