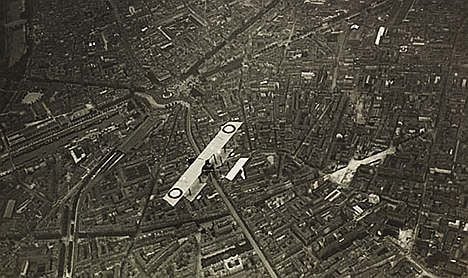 The plan, reported in French dailies Le Monde and Le Figaro, was to recreate major landmarks of the city so that German bombers, flying at night and without radars, would think they had arrived at their target and release their bombs.

The “fake city” placed makeshift buildings in the same configurations as the real Paris, along with street lights and signs of industry, to give the impression to planes up above that they were flying over the real thing.

The plans were first revealed almost more than 90 years ago, in a November 1920 article in The Illustrated London News. Tuesday’s Le Figaro published archive maps of the plans which it says it unearthed from a French publication at the same time, L’Illustration.

According to the French report in 1920, executing the plan was “very difficult.”

“It was necessary to make sure that the zones designated for enemy bombardments did not have people living in them,” said a source quoted in the 1920 article in L’Illustration.

Ultimately, three zones rather than just one were chosen. One site close to the north west suburb of Maisons-Laffitte was selected because the river Seine curves through it in a similar way to the shape it takes in Paris.

Makeshift buildings were created to give the impression of the Gare du Nord and Gare de l’Est railway stations.

In another zone, plans were drawn up to create a fake Avenue des Champs-Élysées while a third zone was designed to look like the city’s industrial areas.

Great pains were taken to get the lighting to look realistic and efforts were led by Italian-born engineer Fernand Jacopozzi.

Jacopozzi was a specialist in lighting who later received the Légion d’honneur award for his post-war work illuminating famous Paris sights including the Eiffel Tower and the Champs-Élysées.

The fake cities were built but never tested out as they were only ready after the last German raid on Paris in September 1918.