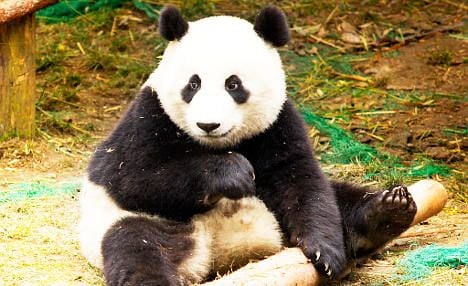 “Things were very far advanced. Unfortunately because of the Greek crisis, the sovereign debt crisis, the emergency G20 summit, there was no time for the final discussion between President Hu Jintao and President (Nicolas) Sarkozy,” she said.

The pandas are destined for the Beauval zoo in central France.

“I hope we can finalise things by letter in the coming weeks,” she said, adding that “the couple have been identified.”

“The reception centre is built. The Chinese have visited it and from what I heard, they said it was the most beautiful reception area they had seen outside of Chengdu. They therefore approved the project,” the minister said, following a weekend visit to the Wolong panda reserve near the south-western city of Chengdu in Sichuan province.

“The panda is such a symbolic animal that such loan agreements require agreement from the highest level in China. That’s why it still lacks the final approval,” the minister explained.

During a state visit by President Hu to the United States in January, China announced it would extend its loan of two pandas to Washington zoo for a further five years.

Giant pandas are among the world’s most endangered species, with only about 1,600 living in the wild and some 300 in captivity, mostly in China.

European leaders called on China last week to invest in the region’s European Financial Stability Facility to help it overcome the debt crisis, but Beijing has made no firm commitment to assist the troubled eurozone.

Hu told Sarkozy ahead of the G20 summit in Cannes that Europe was mostly responsible for resolving the debt crisis, Chinese state media said.