Hazing ceremonies, known as bizutage in French, have been illegal in France since 1998, but frequent reports over recent months suggest the practice is still alive on many campuses.

It is common for students to keep quiet about the hazing they receive for fear of reprisals.

In this case, the male student went to the authorities at the Paris-Dauphine university after attending a recruitment session for new members of the Japad youth association.

The president of the university, Laurent Batsch, has brought the action, telling AFP that “one of the members, under the influence of alcohol and with the aid of what seems to be a bottle top, engraved the letters J-A-P-A-D on the boy’s back.”

“They’re not open wounds nor very deep cuts, but letters in blood,” he said.

The association has been disbarred from the university and its offices closed.

A disciplinary process will be held to question “the leaders of the association, the people present during this grievous incident and the person or people responsible,” said Batsch.

A report in September from the anti-hazing organization CNCB (Comité national contra le bizutage) said the practice was still common.

Interviewed by newspaper 20 Minutes, she hoped this recent incident would encourage more students to refuse to get involved.

“This is the first time we’ve heard about hazing of such barbarity,” she said. “I can imagine that the young man must have protested while the association’s members engraved these letters on his back.”

“I hope this affair at Paris-Dauphine will create an electric shock and that association members understand that they risk being expelled for acts like this. Students must learn to say no to hazing. The more that do it, the less we will see these types of acts.”

In October a freephone number was set up in all higher education establishments for students to call with reports of hazing.

Higher education minister Laurent Wauquiez responded to the incident on Sunday, by calling for “the greatest firmness when dealing with serious incidents.” 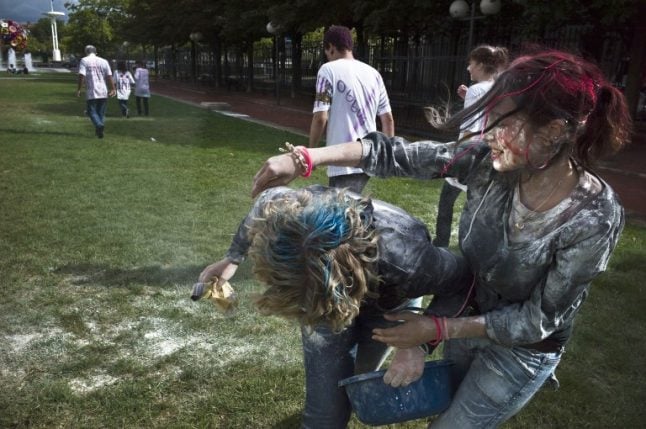 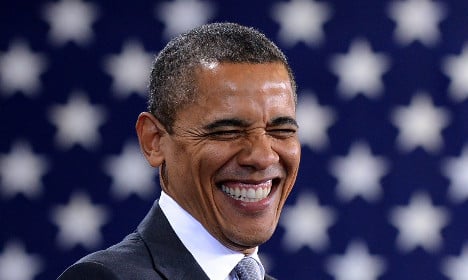 Photo: AFP
What is it?
Essentially bizutage is the French version of hazing and is a kind of hardcore initiation ceremony that still takes place among student groups across France, even though it is illegal.
Bizutage is used as a way for older students to take power over younger ones and includes “rituals”, challenges, and other activities often involving harassment, abuse or humiliation to initiate a person into a group.
In France the practices are often sexual, sexist or homophobic in nature and usually involve a lot of alcohol, reported l'Express in 2014.
The French word could come from “bisogne” meaning new soldier or rookie, or “bésu” which means “new pupil” or “silly”. Photo: Screenshot/ BFM TV
Why is it in the news?
Medicine students at the University of Caen in Normandy, north west France were banned this year from holding the equivalent of their freshers weekend due to the bizutage practices that have gone on in previous years.
The ban was announced after it emerged two student unions have been building a file of the tawdry behaviour that has gone on since 2016, leading Caen's prosecutor to open a legal investigation.
READ ALSO:
The file details extreme hazing practices and the points that are awarded to students if they carry out each task, proof of which need to be provided on film or in images.
These include simulating sex in a shop changing room for five minutes (10 points), a guy going up to a group of people in the street, asking them if they are familiar with monkey's brains before showing them his testicles (20 points) and a student rubbing nettles on their penis or vagina for 20 seconds (40 points), according to the unions.
And it doesn't stop there, with the unions saying that the tasks awarded the most points include shooting pornographic footage (50 points) and having an employee of the medical student association, nicknamed “Rosy”, who is in his fifties according to Le Monde, penetrate them with a sex toy (40 points).
According to Ouest-France, the first-year students had to photocopy their breasts and “Rosy” would decorate the walls of the photocopy room with them.
The reports from Caen have prompted students from universities across France to recount their own tales of humiliating hazing.
One student in Toulouse gave the example of a girl having to eat the traditional south western dish Cassoulet off the buttocks of another male student while another young woman had to endure male employees at the student's office slapping her in the face with their penises. Photo: AFP
But it's not legal?
Nope. The practice of “bizutage” has been against the law in France since 1998.
If someone causes another person – either against his will or not – to suffer or to commit humiliating or degrading acts, this is punishable by up to six months imprisonment and a fine of up to €7,500 in France.
“It's not only sexual and sexist acts which are banned. It's all humiliating and degrading acts.There is no kind 'bizutage',” said Marie-France Henry president of the national association against hazing in an interview with BFM TV (see below).
In the tweet below she is shown being interviewed alongside a photo of the room where the photocopied breasts were displayed in Caen's faculty of medicine.

But can the law really be enforced?
Despite the increase in the number of complaints against hazing practices, “unfortunately they are often dismissed for lack of evidence,” Henry said.
She added that there is a certain complacency on the part of the courts when it comes to these young people.
“The legal system and schools are often cautious in punishing students severely, as this could have consequences for their future, but if there are no sanctions, they have no reason to stop,” she said.
What do the students say?
Student accounts collected by Ouest-France and Le Monde emphasize the pressure they felt to comply with the “rituals”.
“We are told that there is no obligation,” one student told Le Monde. “But if you want the chance to do well, it is better to develop good relations with the right people.”
Another student confirmed this view.
“It's part of studying medicine, which is difficult, so we tolerate it. The humiliation that we will undergo and then put the following year's students through will weld the group,” they said. Photo: AFP
Speaking to Ouest-France, a student said: “It took me a long time to admit that I had suffered violence.
“We often talk about the machismo or the sexism of the medical world. It starts when you study medicine. I want to stop saying that it doesn't matter.”
Humanité newspaper tweeted out numbers that students can call if they need help or have been a victim of “bizutage”. 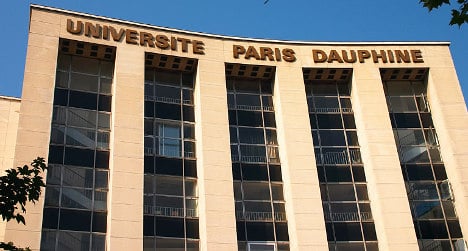