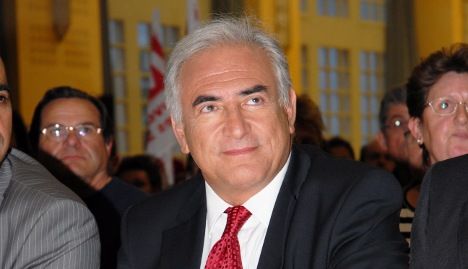 One of author Jean-Louis Beaucarnot’s most surprising discoveries was that the great-great-grandfather of former IMF boss Dominique Strauss-Kahn ran a brothel.

Strauss-Kahn left his job and gave up his hopes of becoming the Socialist party candidate in the 2012 presidential election after he was accused of sexually assaulting a hotel worker in New York in May. The charges were later dropped.

The book claims that Strauss-Kahn’s ancestor, Léon Bricot, was a violin teacher who also ran a hotel in Lons-le-Saunier in the eastern Franche-Comté region.

The hotel allegedly doubled up as a “maison close,” or a house of ill-repute. Bricot had an unfortunate end after he shot and killed a soldier customer who had become troublesome, resulting in him ending his days in prison.

Other interesting facts unveiled in the book are that centrist politician and former ecology minister Jean-Louis Borloo has a common ancestor with Front National leader Marine Le Pen in a Brittany man named Louis Royant.

Common ancestors were also shared by two recent French presidents, Valéry Giscard d’Estaing and the Socialist François Mitterrand who beat him in 1981.

The book failed to find any major links between the likely contenders for the presidency in 2012, current president Nicolas Sarkozy and Socialist candidate François Hollande, although it claims their ancestors were once neighbours close to the Bourget lake south of Geneva.