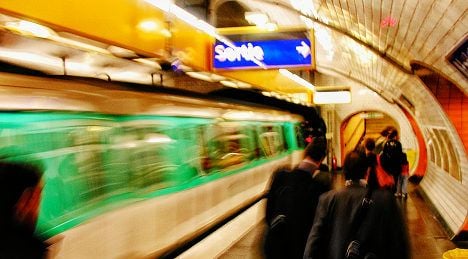 Line 1, which opened in 1900, carries 725,000 passengers a day and runs from the La Défense business district in the west to the Bois de Vincennes in the east.

It is known to almost every visitor to Paris as the line which connects major sites including the Bastille, Louvre museum, Place de la Concorde and the Arc de Triomphe.

The eight new driverless trains will be followed by a further 41 by the end of 2012, making the line fully automatic. Metro operator RATP claims the new trains can respond more easily to surges in numbers of passengers as they are not dependent on available drivers.

Preparations for the new trains have been underway for several years including adaptation of the track and installation of automatic safety barriers along the platforms of each of the 25 stations.

The line is not the first in Paris to get driverless trains. The newest line, number 14, used them from the outset. However, line 1 had to be adapted while keeping trains running on a line that is essential to move tourists and Parisians around the city.

“Line 14 was designed to be automatic from the outset while on line 1 the work has been carried out without any interruption to the service, a world first,” RATP told daily newspaper Le Parisien.

The Paris metro has 16 lines in total, not counting the five high speed RER lines which connect major hubs and run to the city’s suburbs. It carries over 4.5 million passengers a day and is the second busiest network in Europe, after Moscow.

Other benefits for passengers on the new trains will include air conditioning and screens with live travel information.