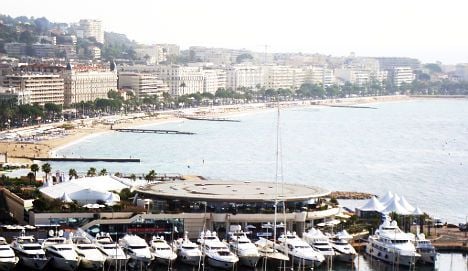 Much is at stake in the G20 summit on the French seafront. The world stands on the brink of a new global recession, and the leaders of the 20 most powerful developed and emerging economies need to agree measures to boost growth.

The host, President Nicolas Sarkozy, will arrive brandishing the eurozone’s latest scheme to end its sovereign debt crisis and shore up its shaky banks, hoping to fend off criticism from Washington and the emerging powers.

The world finally rode out the aftermath of the 2008 financial crisis only to find itself faced with the prospect of the collapse of the euro, as weaker single currency members like Greece were pulled under by their debts.

Last week, led by Sarkozy and Germany’s Chancellor Angela Merkel, the eurozone 17 agreed to allow Greece to write off half of its privately held debt and boosted the EU bail-out fund to protect big economies like Italy’s.

“I think the result will be welcomed with relief by the whole world, which expected strong responses from the eurozone,” Sarkozy said, after a dramatic all-night EU summit in Brussels cobbled together a deal.

Markets gave the package a cautious welcome, but Washington and the BRICS — emerging giants Brazil, Russia, India, China and South Africa — have not yet eased their pressure on Europe to put its house in order.

US President Barack Obama called the measures a “first step”.

Chinese officials have signalled they will not be Europe’s saviour and will seek new guarantees and concessions before they agree to invest tens of billions more in European bonds.

When France took over the rolling presidency of the G20, Sarkozy had grand plans to use the body to push through a raft of global reforms, but he will pass the baton to Mexico at the end of the summit after a tough few months.

He will hope, at least, to get his G20 partners — who between them lead countries that represent more than 85 percent of world economic output — to contribute ideas to a “Cannes action plan” to relaunch global growth.

Some economies — such as Britain’s and those of much of Europe — have seen their growth fall to almost zero as they impose austerity programmes designed to reduce their public deficits.

Others, such as Asian powerhouse China, are still under fire for policies that reinforce their huge trade advantage over their struggling partners.

The United States has at least announced a job-building programme, but domestic political gridlock threatens to blunt its effects.

Sarkozy had hoped his G20 term would see China accept a timetable to move towards the convertibility of its currency the yuan, which Western powers say is held artificially low to boost Chinese exporters.

But instead, Chinese President Hu Jintao will arrive on the Riviera in a position of strength, with Europe desperate for cash from Beijing and the other BRICS to shore up its complex financial stability measures.

The emerging powers would prefer to use the International Monetary Fund, where they are increasingly influential, as the vehicle to restore stability to sovereign debt markets — an idea opposed by Washington.

France’s ambition to use the G20 chair to push reform of world financial regulation will likely fall by the wayside, but Paris and Berlin will seek support for countries to impose a transaction tax.