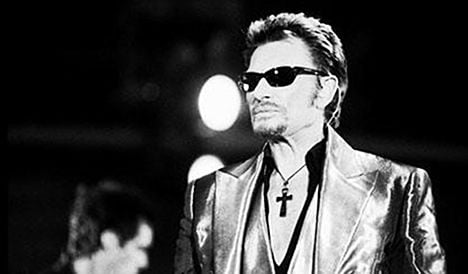 The concert will take place on October 15th and tickets for his UK fans went on sale at 9am on Friday.

“He has proven he has the endurance and talent to be hailed as France’s first and only full-fledged rock star” said its website.

Hallyday, born Jean-Philippe Smet, has sold over 110 million records and gone on over one hundred tours but has never performed live in the UK, apart from a recording for a TV show in the sixties.

Despite his huge success in France, Hallyday has failed to have much of a breakthrough in the English-speaking world, leading him to be described as “the biggest rock star you’ve never heard of.”

Hallyday had a health scare in 2009 when he was diagnosed with colon cancer. A subsequent operation on his back was followed by a medical emergency when he had to be operated on in a Los Angeles hospital.

Now fully recovered, 68-year-old Hallyday shows no sign of slowing down. He is currently appearing nightly on the Paris stage in a theatre adaptation of the Tennessee Williams play The Seven Descents of Myrtle.

Plans are already in place for a French tour which will kick off in May 2012. Hallyday himself told Le Parisien newspaper in March that his career will stop only “on the day of my death.”