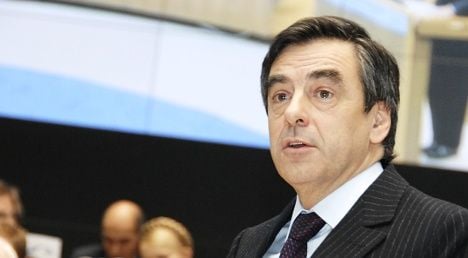 “The recapitalization of banks will be done in an orderly fashion, for all European banks that need it,” Fillon told lawmakers in France’s National Assembly.

“Speaking of France, it (the recapitalization) should be in the order of €10 billion, in other words below their profits, which means that (French banks) can recapitalize without needing to ask for public aid.”

He said an agreement on the recapitalization had been reached at a summit of European leaders on Sunday.

His remarks came as Europe struggled on Tuesday for a solution to its debt crisis as talks intensified to shield Italy and press banks to take losses on Greek debt on the eve of a decisive summit.

Fillon lashed out at some “commentators and politicians” who he said were trying “to constantly put down our country by neglecting … the role it is playing in the fight against this crisis.”

“If we reach an agreement (during an EU summit) on Wednesday, the president will be able to launch a very important cycle for global growth at the G20 summit, centred on coordinating the economic policies of the great powers,” he said.

French President Nicolas Sarkozy is to host leaders from the G20 bloc of leading economies in the southern city of Cannes on November 3rd and 4th.