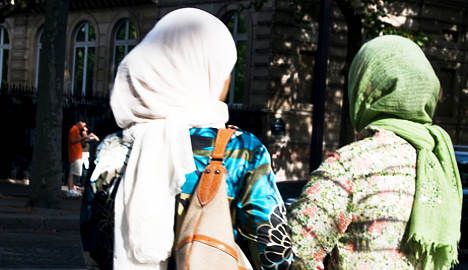 He said he would prefer “accommodations” rather than “legislation” on the issue of headscarves.

France already has a ban on the wearing of headscarves by school pupils. The law came into effect in 2004 and bans religious symbols from all faiths, but its most noticeable effect was on Muslim girls.

The French ban derives from its strict separation of church and state, enshrined in a 1905 law. As far back as 1937, the education minister of the day instructed head teachers to keep all religious signs out of their establishments. Only private schools are allowed to have a religious affiliation.

“At the school gates, should mothers be allowed to wear veils or is it a problem?” said Guéant.

“Some insist that, as mothers, they have the right to be veiled. Others say that, as people bringing children to school and benefiting from the public school system, they are part of the public realm, which poses a problem.”

“We are in the process of preparing guidelines on this. The spirit of the guidelines will be to avoid wearing the veil,” said the minister.

Libération newspaper reported that ministers were in disagreement over the proposed measure. It was the education minister, Luc Chatel, who had originally suggested the ban although prime minister François Fillon was reported to be opposed.

Some unions were also opposed to the ban, which they believed would be seen as discriminatory and impractical.

In certain parts of the country a ban on headscarves for mothers could even result in too few parents to accompany their children to school.