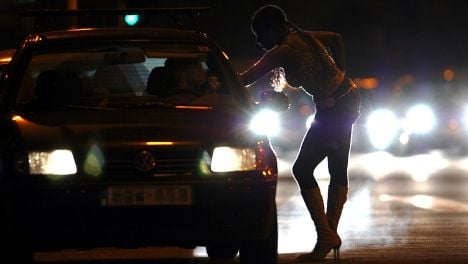 A parliamentary report found at least ten cases of students working as prostitutes out of 7,000 interviewed although, according to Jean-Sébasiten Mallet, an expert on the subject quoted by newspaper France Soir, the figure was likely to be an underestimate.

“If this figure is confirmed, the number of young people between 18 and 25 working as prostitutes would be between 7,000 and 10,000,” he said. “This would not include those cases we don’t know about.”

A number of newspapers and radio stations carried interviews with young students working as prostitutes on Thursday following an event organized by feminist group “Future, au Feminin” to discuss the issue on Wednesday evening.

The event, titled “Students and prostitution: state of emergency”, was held at the Saint-Antoine hospital in Paris.

Radio station Europe 1 spoke to some young women about their experiences.

“For fewer hours working I can earn a lot more,” said 24-year-old Morgane, a student in Grenoble who has worked as an “escort” for two years through an internet site. “It fits in perfectly with my studies.”

“There are around 15 people doing it in my university. Girls and boys too,” she said.

The founder of “Future, au féminin”, Lydia Guirous, told the radio station that students may think prostitution is an easy route, but it can have serious consequences.

“More and more young people have turned to prostitution by necessity,” she said.

“At the start, it’s easy, fun even. You can earn a lot of money which makes daily life easier. But then, when you look yourself in the mirror after agreeing to do certain things, you start to see yourself as a “hooker”… from that moment on, you descend into hell. It’s possible to end up feeling socially excluded.”

The Sud Etudiant student union once estimated there were around 40,000 students working as prostitutes or escorts. While the union no longer confirms that number, it claimed “this phenomenon is not a marginal one.”

“Prostitution by students is not new but people now tend not to see themselves as prostitutes, preferring the terms escorts or hostesses,” he said.