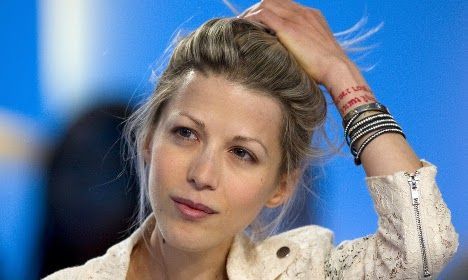 Banon told Canal+ television she would not ask an investigating magistrate to open a case, despite have previously threatened to pursue the case against the former IMF chief if state prosectors refused to take up her allegation.

Last week, French prosecutors halted an investigation into Banon’s claim that Strauss-Kahn, a Socialisty politician and family friend 30 years her senior, had tried to rape her in an unfurnished Paris flat in 2003.

The magistrates said that, while Strauss-Kahn had admitted to acts “that could be qualified as sexual assault”, the statute of limitations on such an offence — more minor than attempted rape — was only three years.

State prosecutors said, therefore, that they would not pursue the case, but under French law Banon could still have taken her complaint directly to judges and demanded they review the evidence. She will not now do so.

“Quite clearly, in the letter that the prosecutor sent me, he says that there was a sexual assault, so my status as victim is at least recognised,” said the 32-year-old writer.

“I remain convinced and I continue to affirm that it was an attempted rape … you can no longer say that I’m a liar,” as Strauss-Kahn had alleged.

Banon said she would campaign for a bill extending the statute of limitations for sexual assault from three to 10 years to become law.

“I would have expected that he would have apologised but that would be asking this man too much, I don’t think that he’ll do it,” she said.

“It’s not for me to tell Mr Strauss-Kahn what he should do. I would firstly advise him to keep a low profile and for him to tell himself that from now on, he’s officially a sex attacker.”

Strauss-Kahn’s lawyers argue the prosecutor’s decision to drop the case left their client “completely cleared” and supported his claim that, while he “made an advance” on Banon, he had not been violent.

The former IMF director also still faces a civil suit in New York, where another young woman, a hotel chamber maid, claims he tried to rape her in May. Strauss-Kahn again denied violence but admitted he had had a sexual encounter with the maid during her seven-minute visit to clean his room.

He was charged in a New York court, but prosecutors dropped the case amid doubts over the woman’s testimony. She is pursuing a civil case for damages.