The 44-year-old doused herself in petrol during the morning break and set herself alight, one day after a stormy meeting with children in her class who found her teaching methods too strict, witnesses said.

“She should pull through,” said state prosecutor Patrick Mathe, who added that the woman was suffering from depression and was seen as having tried to commit suicide. “It was a desperate act… there was no crime.”

The teacher suffered third-degree burns in the incident at the Jean Moulin secondary school in Beziers, southern France, and was taken by helicopter to a specialist unit in the city of Montpellier’s university teaching hospital.

Parents and pupils who spoke to AFP at the scene said the teacher had a difficult relationship with several pupils in her maths class and that a meeting with them to clear the air on Wednesday had become rowdy.

They said she came to school on Thursday morning with a jerry can, gave a class at 9.00am then, when the morning break came, walked to the centre of the yard, poured petrol on herself and set herself alight.

“I saw her body on fire, walking forward with her hands on her head,” said one student witness, Karim. “Several people tried to put her out. She said ‘No, leave me alone. I don’t need help. God told me to do this’.”

“The teachers put a blanket over her, her clothes had melted,” Karim said.

Ten days previously, parents said, she had been hostile at a parent-teacher evening at the school, refusing to address their concerns about her methods.

Four parents, speaking on condition of anonymity, said that the teacher had refused to help out struggling pupils, preferring to kick them out of class and concentrate on helping the stronger children progress.

They noted that she had appeared at the parents’ evening with unexplained cuts and bruises. Some said the same teacher had suffered a nervous breakdown the year before and had been in trouble with school authorities.

The school — a huge institution housing 3,000 students and 280 teachers — sent all of its pupils home after the incident, and a crisis cell was set up to deal with its aftermath.

“The minister shares the shock and sadness of the staff and students of the school. He asked for all information to try to understand what could have driven this teacher to carry out this act,” the ministry said in a statement. 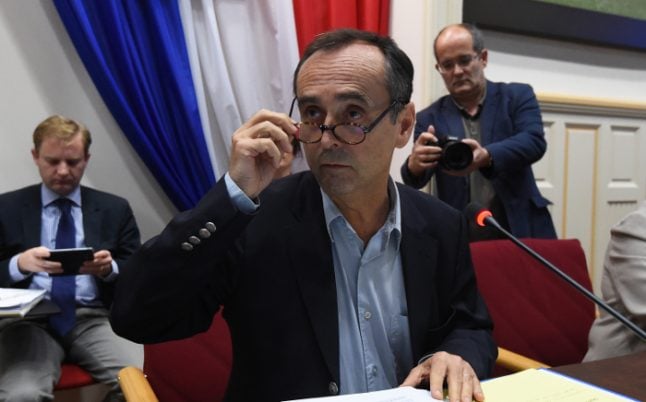 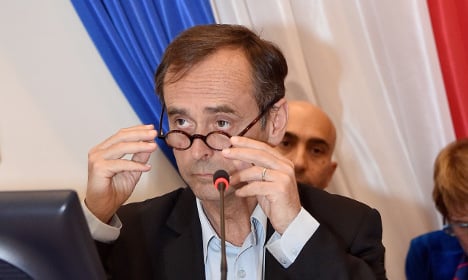 A controversial French mayor said on Tuesday he was setting up a volunteer force to patrol his town while the national state of emergency remains in force following the attacks on Paris.

Robert Menard, who has been accused of turning Beziers in the southwest into a “laboratory of the far-right”, urged former soldiers and police officers to join his “Beziers Guard”.

“France is living through difficult times and it is in that context that I asked myself how we could reinforce security and help the local and national police,” Menard told reporters.

Local police union leader Bruno Bartocetti said it was “worrying that volunteers were being put into uniform… Even if this is an exceptional situation, we should let the professionals do their work.

“It proves that Robert Menard does not have enough men on the ground while he boasts about the efficiency of his police,” he added, in a reference to posters of 7.65-calibre handguns the mayor put up across the town earlier this year reading “Police officers have a new friend.”

The poster appealing for volunteers to patrol the streets during the state of emergency, introduced after the jihadist attacks on Paris last month, features the town's cathedral of Saint-Nazaire.

Last week Menard, the outspoken founder of the international journalists' group Reporters Without Borders (RSF), who is close to the far-right National Front (FN), demanded that the town's mosques sign a charter to only preach in French. (Menard pays a visit to some refugees in Beziers to lay down the rules. AFP)

The mayor, who said the first patrols would begin Thursday, has already imposed an 11:00pm curfew on minors in the picturesque but poverty-stricken town and also banned washing being hung from balconies.

His call for recruits set off a storm on social networks with several Twitter users volunteering – mostly tongue-in-cheek – to join.

One, Karim Boukercha, joked: “I did my national citizen's service and judo in third class, can I join your militia?”

Another, Gilles Gautheron, tweeted, “My grandfather was a member of the militia under Vichy, can I come with his uniform?”

Militia is a highly charged term in France which evokes memories of the Nazi Occupation during World War II, when the collaborationist Vichy regime armed its supporters to fight the French Resistance.

The French government imposed a three-month state of emergency following the attacks on Paris. The measures include bans on public demonstrations. 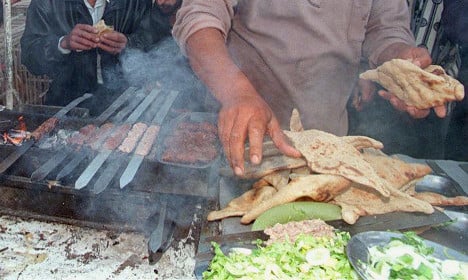