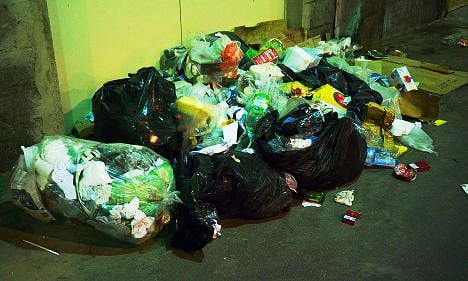 The town of Nogent-sur-Marne in the east of the city will slap a ban of up to €38 ($50) on anyone caught flouting the new rules.

“We end up with everything on the pavements. That creates real problems of hygiene, street cleanliness and safety. We can’t let our neighbourhood be vandalized.”

Locals had mixed views about the new measure.

“The bins of my restaurant are knocked over and searched through every week,” said one restaurant owner. “It creates lots of work for the street cleaners.”

Others were less sure the move was a good idea.

“The poorest among us are reduced to looking for something to eat in the rubbish and now they’ll be fined. I’m ashamed,” said one resident.

Local councillors were surprised by the decision, which they did not get the chance to debate.

“It’s true we have to keep the streets clean,” said one councillor, Michel Gilles, “but they are made even worse by dog turds.”