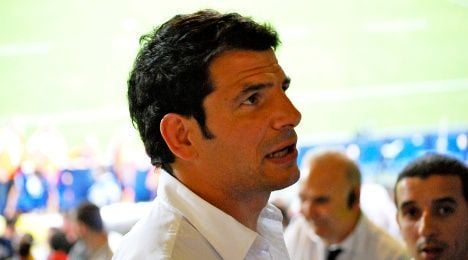 Pilloried and ridiculed after slumping to a humiliating loss to Tonga just seven days ago, ‘Les Bleus’ were at their unpredictable best in a resurgent 19-12 win that left them with a tantalising semi-final against Wales next weekend.

Lievremont called for his players to take responsibility and react after a week of soul-searching and he was proud as France buried their demons with a performance of character and determination to beat the 2003 champions.

“We did it with a lot a passion, a lot of emotion, it’s been a very emotional evening,” Lievremont said.

“Yes, indeed I am extremely proud, they’re happy. It’s a beautiful weekend, but the whole week has been very exhilarating I have to say, many beautiful things have happened and I’m delighted.”

France are notorious for their peaks and troughs and, such is their unpredictability, the England management and players this week stressed the danger of writing off a team seemingly in conflict with itself.

Those English fears were realised emphatically as France raced into a 16-0 half-time lead at Eden Park after tries by Vincent Clerc and Maxime Medard.

Asked if twice losing finalists France could now go on and finally win the Webb Ellis Cup, Lievremont, a former 25-cap flanker, said his team now “must write its own story.”

“I don’t know (about winning the World Cup), but I got the feeling in a way tonight the players have really performed, they’ve done their part of the contract,” said Lievremont, due to be replaced as France coach by fellow ex-international Philippe Saint-Andre in December.

“They’ve played as well as past generations. In the past French teams have transcended themselves when they were faced with a stronger position and they have given their best and sometimes after that they failed.

“So we’ll see if this group just want to do the same as the past generations or whether this team must write its own story.”

Skipper Thierry Dusautoir encapsulated the French team’s psyche heading into their do-or-die showdown with England, who had won all three of their previous knockout games at the World Cup.

“I think that most of us realised that we were missing out on an extraordinary opportunity to play at a World Cup for our country,” Dusautoir said.

“This is quite unique, it is the kind of experience you have for maybe only once in a lifetime especially when you play one competition after another.

“The defeat against Tonga was an eye-opener and tonight we had 22 French players who wanted to go on in this competition and we have qualified for the semi-final,” the flanker added.

“That’s wonderful, but we now we have to get ready for the semi-final.

“However, we are obviously happier than last week,” he said in a massive under-statement.

Scrum-half Dimitri Yachvili, one of the stars of a memorable French victory, said the job was not yet over.

“It’s just a quarter-final, there are still two games to win.

“We have to enjoy this win because we are very, very proud to have beaten this great team of England but on Monday we will working very hard to hopefully win the semi-final.”