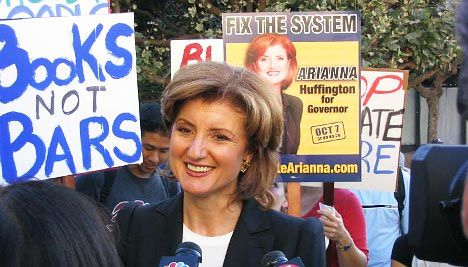 The new site, the web publishing giant’s first non-English language venture, will merge with a Le Monde-run website, Le Post, and launch in the second half of November at www.lehuffingtonpost.fr, the companies said.

“It will be entirely run by French journalists. It will be rooted in the French culture,” site founder Arianna Huffington told AFP.

“France has a very thriving social media culture, with some absolutely amazing bloggers, and also a great journalistic culture. So from the beginning we saw The Huffington Post as bringing together the best of traditional journalism with the best of new technologies and new media.”

The move comes after The Huffington Post launched a British edition in July as it seeks to push into international markets following its acquisition in February by Internet company AOL for $315 million (€232 million).

Traffic to the site hit 35.6 million unique visitors in June — the first time The Huffington Post surpassed the website of The New York Times in terms of traffic.

In a statement, the companies said the Huffington Post Media Group, Le Monde and Paris-based Les Nouvelles Editions Independantes, which publishes cultural magazine Les Inrockuptibles, would be partners in the project.

Financial details were not disclosed.

Huffington said the site was also looking to launch in other European markets, including Italy, Spain and Turkey.