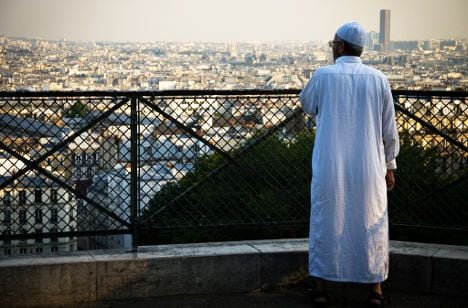 Respected political scientist Gilles Kepel, a specialist in the Muslim world, led a team of researchers in a year-long project in Clichy-sous-Bois and Montfermeil, two Paris suburbs that exploded in riots in 2005.

The resulting study — “Suburbs of the Republic” — found that religious institutions and practices are increasingly displacing those of the state and the French Republic, which has a strong secular tradition.

Families from the districts, which are mainly populated by immigrants from north and west Africa and their descendants, regularly attend mosque, fast during Ramadan and boycott school meals that are not “halal”.

With between five and six million Muslim residents and citizens, France has the largest Islamic population in the European Union, and central government often struggles to address the challenges to integration that this poses.

Kepel performed a similar study 25 years earlier, and told the daily Le Monde that the influence of Islam in the daily lives and cultural references of the suburbs has “diversified and intensified” since then.

French schools, which are rigorously non-religious, have traditionally been seen as having the role of training young citizens of the republic, but local officials say Islamic pupils are heading home for a halal lunch.

“A certain number of children don’t come to the canteen any more or, if they come, they only take a starter and dessert,” Xavier Lemoine, the centre-right mayor of Monfermeil, told Europe 1 radio.

Surveys suggest most in France do not object to mixed marriages, but in the suburbs the researchers were surprised to find “a very large proportion of Muslim respondents said they were opposed to marriages with non-Muslims.”

The researchers also delved into the reasons behind the 2005 riots, which they said had called into question modern France’s founding myth, “the implicit shared belief that the nation was always able to integrate people.”

While the resentment in the poor suburbs has social roots, essentially the residents’ virtual exclusion from a tight jobs market, the rioters expressed frustration in a vocabulary “borrowed from Islam’s semantic register.”

Islamic values are replacing those of a republic which failed to deliver on its promise of “equality”, and the residents of the suburbs increasingly do not see themselves as French, the researchers said.

“One of the reasons for the strong role of Islam is that the Republic has withdrawn,” warned Claude Dilain, the Socialist mayor of Clichy. “Those who felt abandoned seek another identity, and Islam satisfies that well.”

But the report does not support the idea that the state has simply pulled back, to be replaced by Islam. The Clichy-Monfermeil agglomeration has been at the centre of one of France’s biggest urban renewal programmes.

Many physical barriers to integration have been removed, with efforts made to plug the area into public transport networks and improve public safety — but unemployment and low school achievement remain high.

A third of the population of the town does not hold French nationality, and many residents are drawn to an Islamic identity rather than simply rejecting or failing to find a secular one.

Kepel’s study was commissioned by the Institut Montaigne, which will make recommendations in January. The author warns: “France’s future depends on its ability to re-integrate the suburbs into the national project.”