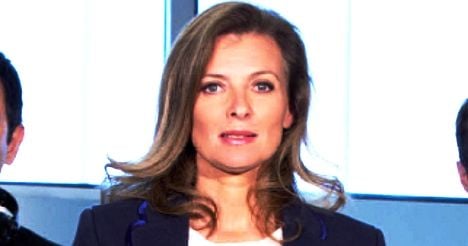 46-year-old Valérie Trierweiler, a TV presenter and journalist with weekly magazine Paris Match, was investigated in January 2011 according to sources quoted by the magazine.

Hollande is currently the frontrunner in elections to choose the Socialist candidate for the 2012 presidential elections. Voting starts on Sunday October 9th, with the winner expected to be declared after a final run-off between the leading two candidates on October 16th.

Trierweiler, who has been in a relationship with Hollande for five years, was reported by her lawyer, Frédérique Giffard, to be “very shocked”.

“Valérie Trierweiler is very shocked to discover that an inquiry was ordered and carried out into her private life,” said Giffard, according to Libération newspaper. “The denial given by the police is not sufficient to remove doubts.”

Giffard went on to say that Trierweiler would use all routes possible to find out more about “the identity of those behind this and the conditions of the inquiry that was carried out.”

Hollande was on a campaign visit to Chambéry in the south east of the country on Tuesday where he said any inquiry would be an “unacceptable intrusion.”

“If this is confirmed, it would say a lot about the manner in which the right wants to run a campaign,” he said.

The interim leader of the Socialist party, Harlem Désir, called on the interior minister, Claude Guéant, to “explain himself without delay.”

“If this information is true, it’s extremely serious because it means a return to the political practices of the police who are asked to investigate leading opposition politicians and those close to them.”

In response, interior minister Claude Guéant told AFP the reports were not true.

“It’s time that this campaign of stink bombs stopped,” the minister said. “I am completely in agreement with Jean-Marc Ayrault, the leader of the Socialist group in the Assemblée Nationale, who said he would be outraged if this turns out to be true. I will also be outraged if it’s true. Having said that, it will not be the case.”