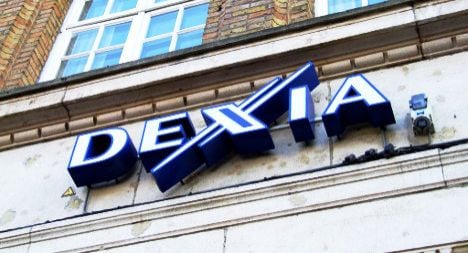 The bank’s shares lost more than 10 percent on Monday on warnings of an imminent credit rating downgrade and wider fears of bank exposure to eurozone sovereign debt.

Reynders discussed the bank’s problems during a meeting with French counterpart Francois Baroin on the margins of eurozone talks in Luxembourg.

The bank has already been bailed out once, in 2008, after the US mortgage market crashed.

“We are following the case day by day,” Reynders said earlier, while insisting that savers’ desposits are secure.

“The French and Belgian governments are behind their banks, whether it’s Dexia or another one,” he insisted on arrival for the Luxembourg talks.

The French and Belgian finance ministers held their direct talks amid rising concern among eurozone counterparts at the knock-on effects for an under-capitalised banking system if Greece defaults and other sovereign debt risks emerge amid a sharpening economic downturn.

Sources told AFP that the Dexia discussions had been underway for weeks exploring possible break-up options, including the hiving-off of long-term financing for French local authorities.

French banks have been hit especially hard as ratings agencies have marked them down for having over-invested in risky Greek and other weak eurozone sovereign bonds.

Banks have increasingly been restricted to short-term funding sources on markets in recent weeks, further pushing up the cost of maintaining their liquidity, Moody’s noted on Monday.

Since early 2010, the bank has been undergoing heavy restructuring ordered by the European Union’s competition watchdogs.

AlphaValue analyst Christophe Nijdam however said such an approach “could be interpreted as a positive sign” by the ratings agencies.