Francoise Bettencourt-Meyers had, in one of a series of lawsuits, tried to have her 88-year-old mother declared mentally unfit to manage France’s largest private fortune, but in December the two announced that they had resolved their differences.

“I saw Liliane Bettencourt on Friday, and she is in favour of nuclear war, but we are waiting a bit before taking action,” Farthouat told the paper and later confirmed the quotes to AFP.

In a Friday letter, the multibillionaire asked her lawyer to “act firmly and without delay against the activities of (her) daughter.”

She wants the December reconciliation deal scrapped and said all necessary action should be taken to stop her daughter’s “harrassment”, the paper reported.

Farthouat said he intends to take a series of preliminary actions, and then visit with his client in an effort to keep the feud from escalating.

Bettencourt-Meyers has alleged people close to her mother, including celebrity photographer Francois-Marie Banier, took advantage of the heiress, who she claimed was no longer in a fit mental state to manage her €16-billion ($20-billion) fortune.

Banier was Bettencourt’s sole named beneficiary in the will drawn up in December 2007.

But Bettencourt broke with Banier earlier this year, cutting him out of her will and depriving him of an estimated €1.25 billion.

Following the December reconciliation, Bettencourt-Meyers’ lawyer Olivier Metzner said mother and daughter were “overjoyed to be together again” after three years of legal battles. 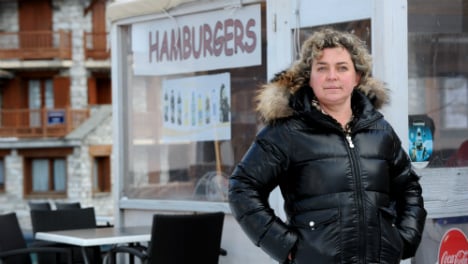