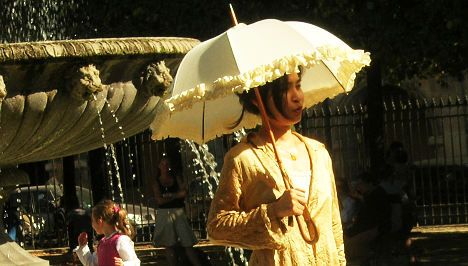 A temperature of 28.8 degrees C (83.8 degrees Fahrenheit) was registered in Paris, surpassing the previous record of 28.4 C measured in October 1921.

The Netherlands also measured its hottest-ever first day of October on Saturday with temperatures reaching 26 degrees Celsius at its central meteorological hub.

“The situation is mainly the result of a high pressure system over eastern Europe from Poland to France, the south of England and the Mediterranean Basin,” said Daloz.

The unseasonably warm weather should last until Monday, followed by the first clouds arriving Tuesday from the west.