With Kenyan forces obliged to stop their pursuit at the border and officials suspecting Somalia’s Al Qaeda-inspired Al-Shabaab behind the abduction, chances dimmed of a quick release for the wheelchair-bound woman, 66-year-old Marie Dedieu.

The kidnappers threw away her wheelchair, which Dedieu has used since an accident several years ago. There were also concerns over her health as Dedieu needs medication every four hours.

Officials said mediators have been sent to Somalia in a bid to secure the woman’s release but admitted talks could be lengthy.

“She’s already in Somalia. I can confirm that,” said Stephen Ikua, the district commissioner for Lamu, the idyllic archipelago on Kenya’s Indian Ocean coast where Dedieu lived.

“It must have been Al-Shabaab,” he told AFP, referring to the Somali Islamist insurgent group which has been battling the Western-backed Somali government for years.

Kenya said its forces gave chase, dispatching a helicopter and coastguard vessels to catch the kidnappers as they made their way by speedboat to Ras Kamboni in southern Somalia.

“In the ensuing shoot-out … several of the abductors were injured but managed to enter” Ras Kamboni, the statement said, without offering any details on Dedieu’s condition.

Two naval troops were missing after their boat capsized as they were chasing the kidnappers, Ikua said. The six others on board were rescued.

He said Dedieu’s staff told him the kidnappers had dragged their employer over sand and stones and then “dumped her in the boat like a sack.”

A security official, speaking on condition of anonymity to AFP, said Kenya had “already sent envoys to Somalia to establish contact with the abductors,” and that negotiations were ongoing.

“With negotiations such as this, and considering there is no government on the other side, it may take quite some time, and patience is required. We are just pleading with them not to harm the woman…,” the security official said.

Western countries rushed to update their travel advisories and Kenya battled to save its vital tourism industry following the kidnapping, less than a month after a British tourist was abducted from the same area and her husband killed.

France’s external intelligence agency DGSE and the French secret service will be taking part in the search, officials in Paris said.

“We have not managed to get her back but we have adequately secured the border to ensure it does not happen again,” Coast Province police chief Aggrey Adoli told AFP Sunday.

Dedieu’s home lies across a narrow lagoon from Shela, a town on the isle of Lamu popular with the rich and famous, including Monaco’s Princess Caroline, who owns property there.

A diplomatic source described Dedieu’s house as “relatively modest” and was situated just a couple of metres from the sea.

The same source described Dedieu as “a very warm person” who was “well integrated with the local population.” After initially settling on Lamu some 15 years ago, Dedieu moved to Manda Island about seven years ago and referred to it as her “corner of paradise.”

On September 11th, gunmen shot and killed British tourist David Tebbutt and abducted his wife Judith after attacking the couple at a resort a few miles north of Lamu. She is believed to have been sold to pirates now holding her in central Somalia.

The latest kidnapping prompted France and Britain to warn travellers to avoid not only Somalia but the nearby Kenyan coastline as well.

Holidaymakers to Kenya often combine a game-viewing safari in a national park with a stay in the Lamu archipelago.

Didieu’s companion, John Lepapa, a 39-year-old Kenyan who was present during the attack and who said he was shot at, said there were six assailants on land and four waiting in the boat, and “they all had guns”.

The couple had just returned from France on Wednesday, and the timing of the attack has aroused suspicions that the gang may have been tipped off about their return.

Shabaab rebels control large swathes of southern Somalia, but Ras Kamboni, a former rebel bastion near the Kenyan border, is not currently under the control of any single group. 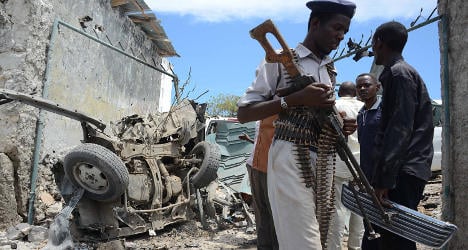 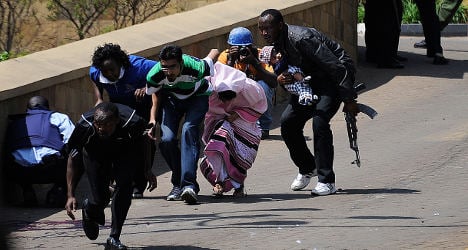