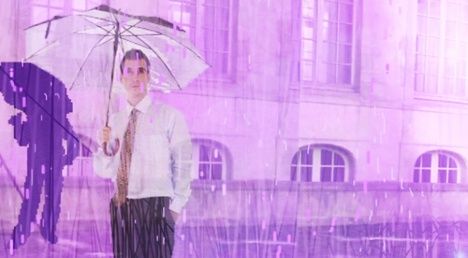 Now in its tenth year, the event gathers artists from around the world to bring to life squares, parks and public spaces across the capital with art and entertainment.

Thirty artists will be at work across the city around four key sites. As well as venues around the city hall, the Hôtel de Ville, three northern districts of the city will be staging events. These include the area from Batignolles to Pigalle, from La Nouvelle Athènes to Saint-Georges and around Montmartre and Anvers.

One of this year’s highlights is ‘Purple Rain’ by French artist Pierre Ardouvin, which takes its inspiration from the 1984 Prince song and film of the same name. Staged in the courtyard of the Hôtel d’Albret, visitors will walk through a fine, mauve-coloured rain while listening to music and holding an umbrella.

“For its 10th anniversary, Nuit Blanche is not slowing down but rather inventing and reinventing itself,” said city mayor Bertrand Delanoë. The night will “bring together artists at work and an ever increasing audience of Parisians, lovers of Paris and visitors.”

Paris’ metro system usually shuts down at around 1am, but trains will be running on lines 12 and 14 throughout the night.

In 2002, Delanoë was stabbed during that year’s Nuit Blanche while mingling with visitors at the Hôtel de Ville. His attacker was a man who claimed to hate politicians and gays. Mr Delanoë is openly gay.