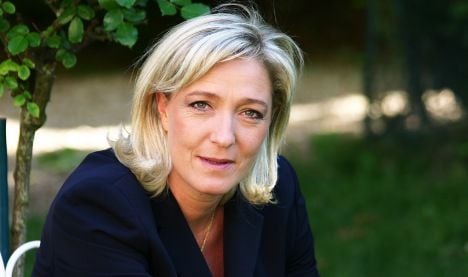 “For a long time, we’ve given the impression that we see you as enemies,” she said, speaking at a discussion on education organized by the think-tank Idées Nation. “The image that people have about us regarding education is billions of light years away from the reality.”

“We made the error of thinking that you were complicit or passive with regard to the destruction of education. This period is over,” she said.

Le Pen’s father, Jean-Marie Le Pen, who founded the Front National in 1972 and led the party for 39 years until his daughter took over in January, never made any secret of his negative feelings about teachers.

After he managed to win a place in the final run-off in the 2002 presidential election against Jacques Chirac, he accused teachers of encouraging pupils to demonstrate against him.

“I’ll bring back security to schools,” she said. “If it’s necessary to install metal detectors, we’ll do it. And if we need to hit the wallet of the parents of difficult children, we’ll do that.”

Teachers vented their anger over job cuts on Tuesday with a strike by public and private school staff. While Le Pen did not promise to replace all the 65,000 jobs estimated to have been lost since 2007 she said that, if elected, she would end the policy of only replacing one out of every two teachers who retire.