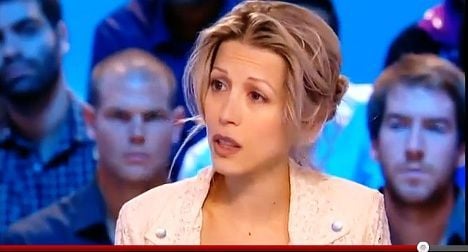 The encounter between Tristane Banon, 32, and Strauss-Kahn, 62, took place at a Paris police station as part of an investigation so that prosecutors can decide whether to bring charges.

Only police were present at the encounter, common in French justice when two people give a different version of events, during which one of Strauss-Kahn’s lawyers said both sides had stuck to their version of what happened.

“DSK stuck to his version of events, as did she,” lawyer Henri Leclerc said, using the politician’s initials by which he is commonly known in France.

Asked whether his client had apologised, Leclerc said: “He has nothing to apologise for.”

Banon gave a television news interview late on Thursday, saying that she had maintained her allegation that the one-time French presidential hopeful had lured her to a Paris apartment and violently tried to rape her.

“There was a rape attempt and I repeated that,” Banon told TF1 television.

Both parties have given primetime interviews during the police investigation.

“I had in front of me exactly the same Strauss-Kahn that I saw on television, with the same arrogance, the same coldness,” said Banon, who lodged a formal complaint against Strauss-Kahn in July.

She brought the charge after Strauss-Kahn was accused of attempting to rape a New York hotel maid, although charges related to that case were dropped after US prosecutors deemed the alleged victim unreliable.

“I thought he’d apologise at least for what he’s admitted to. I looked at him constantly, he didn’t dare look at me,” Banon said, after Strauss-Kahn reportedly admitted he tried to kiss her.

The Socialist politician denies attempted rape, says Banon’s allegation is imaginary and is suing her for defamation. His lawyers issued a statement after Banon’s television appearance, calling her a liar.

“Dominique Strauss-Kahn formally denies having attacked Ms Tristane Banon and notes that she’s lying about what happened during this morning’s confrontation,” Leclerc and Frederique Baulieu said.

Banon said during her television interview that she did not feel hatred towards Strauss-Kahn, only contempt, and alleged that he was employing people to try to discredit her.

“I knew I’d be given a hard time, just as Nafissatou Diallo (the hotel maid) was in the United States,” she said.

“In what kind of country do you attack my lawyer, my childhood, my family, my father in order to explain that I wasn’t the victim of an attempted rape?”

Banon also poured scorn on Strauss-Kahn’s attempt to get a civil case brought by Diallo in New York dismissed, claiming diplomatic immunity as a former chief of the International Monetary Fund.

“That’s just like him,” she said. “I ask myself why would an innocent man need immunity? If I was wrongly accused of something I wouldn’t need diplomatic immunity.

“What does diplomatic immunity mean? That you have the right to attack women, to try to rape them, to rape them?”

Strauss-Kahn’s lawyers said in their statement that their client “only invoked immunity at the end of criminal proceedings and only within the context of the financial proceeding under way in New York.”

Banon’s complaint is for attempted rape rather than sexual assault or harassment, and if the prosecutor decides to downgrade the charge Strauss-Kahn would be protected by a statute of limitations on the lesser crimes.

Banon first made her allegations public on television in 2007, but only brought them to magistrates after Strauss-Kahn was arrested in New York in May.

Banon, who said on Saturday that she was afraid of meeting Strauss-Kahn, accuses him of wrestling with her “like a rutting chimpanzee” after luring her into an unfurnished Paris flat on the pretext of offering her an interview for a book she was writing.

She has said that she will bring a civil suit if there is no criminal prosecution. 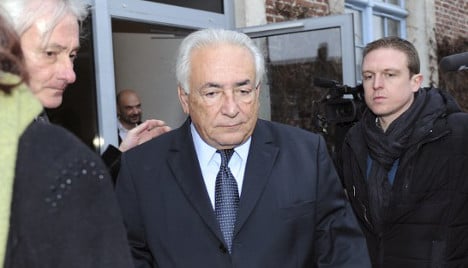