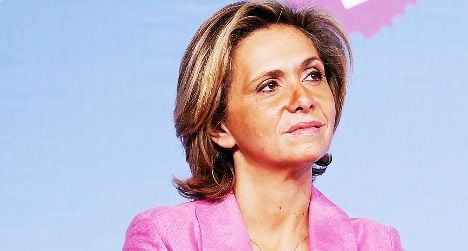 For the first time, the government also undertook to bring the deficit down to 1.0 percent in 2015 as it seeks to put the public finances in order with barely seven months to go before a presidential election.

However, France’s total, accumulated debt will be higher than previously expected, largely because of its contribution to rescue funds for bailed-out eurozone countries such as Greece, Portugal and Ireland.

Already expected to reach a record 85.5 percent of GDP this year, accumulated debt will hit 87.4 percent in 2012, half a percentage point higher than the previous estimate.

Finance Minister Francois Baroin said the objective of debt reduction was “inviolable,” while Budget Minister Valerie Pecresse warned that “we are being scrutinised” by the global financial markets.

France has already revised down its growth forecast for this year and 2012 to 1.75 percent, although many experts believe that figure still to be over-optimistic.

“Even if it’s difficult, it’s not unattainable,” said Baroin.

President Nicolas Sarkzoy’s right-wing government admitted that only “a dissipation of current turbulence will allow us to reach 1.75 percent growth in 2012,” leaving the door open for a further revision downward.

Volatility caused by “bad news” over the summer, including the slowing of the US economy and market tensions due to the eurozone sovereign debt crisis, could increase consumer and business caution, the government said.

The budget forecasts that the cost of servicing the public debt will come in at €48.8 billion ($66.5 billion) in 2012, down from the last government estimates in July of €50 billion.

But the debt payments will still account for the largest slice of the budget, ahead of the €45.5 billion spent on education.

Sarkozy had then made an election pledge to reduce the tax burden by four percentage points.

France’s national statistics office said on Wednesday that the economy stagnated in the second quarter with zero-percent growth.

World markets have been rocked by rumours that France might be stripped of its top triple-A credit rating and that its banks were overexposed to the debts of weaker eurozone countries, especially Greece.

Prime Minister Francois Fillon on August 24th unveiled a €12-billion deficit cutting package that raised taxes on the rich and closed tax loopholes in the hope of preserving the envied rating.

France is hoping to reduce the costs of overseas operations in countries such as Afghanistan, where it is to start withdrawing its troops.

The cost of France’s contribution to NATO’s operations backing the Libyan rebellion was estimated at around €350 million.

The government is also to create a one-off tax on the turnover of large companies that are subject to carbon dioxide quotas, as called for by European Union rules, with the measure set to bring in around €200 million.

The proposed budget now goes to the National Assembly and the Senate, where the debate is expected to be particularly heated after the opposition won control of the upper house of parliament last weekend.