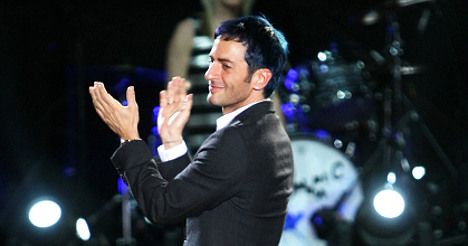 Ninety-two shows pack the official calendar as the fashion roadshow pulls into Paris for the grand finale of the Spring-Summer 2012 ready-to-wear shows, after glamour stops in New York, London and Milan.

Hundreds of models, fashion buyers and critics are headed to Paris from Milan, where the economic crisis did little to dent the festive atmosphere.

Shows aside, the global fashion crowd is waiting with bated breath for the possible naming this week of a successor to Galliano at the helm of the French couture house Christian Dior.

The British designer was sacked in disgrace on the eve of the March ready-to-wear shows after hurling anti-Semitic insults at bar patrons in Paris, an outburst that earned him a court conviction this month.

New York designer Marc Jacobs is tipped to move from Louis Vuitton for the job, but talks with Dior have reportedly proven tough and there is no guarantee in any case that the house would choose fashion week to make an announcement.

Dior’s new look for Spring-Summer, showcased on Friday, will be signed by Bill Gaytten, Galliano’s right-hand-man who stepped up when he was sacked and who has overseen the house’s collections since March.

Tugging the spotlight away from the official line-up, Kanye West is expected to make his pret-a-porter debut before a select crowd in Paris. The US rapper has reportedly recruited London fashion students to work on his collection.

Among the other new faces to watch in Paris this week, 25-year-old Olivier Rousteing, who took over as chief designer at Balmain in April, will send out his first womenswear line for the French label.

The venerable house Paco Rabanne will be showing its first ready-to-wear collection following a five-year hiatus as the label, now owned by Spanish group Puig, returns to the catwalks with Indian designer Manish Arora at the helm.

Arora, whose signature style involves the use of bold, psychedelic colours, is also showing a line in his own name.

At Kenzo, a new design duo — Humberto Leon and Carol Lim, who launched the Opening Ceremony fashion store-cum-gallery spaces in New York and Tokyo — are making their debut, after taking over from Antonio Marras who steered the LVMH-owned label for the past eight years.

And Clare Waight Keller, the British designer credited with reviving the venerable label Pringle of Scotland, is showing her first ready-to-wear line as chief designer at Chloe.

Two young Chinese designers, 32-year-old Ling Liu and 29-year-old Dawei Sun, are unveiling their first collection for Cacharel, while at Issey Miyake, longtime employee Yoshiyuki Miyamae will present his first line since stepping up as chief designer for womenswear last May.

And Guillaume Henry, who has overseen a noted revival at Carven is staging his first runway show for the label.