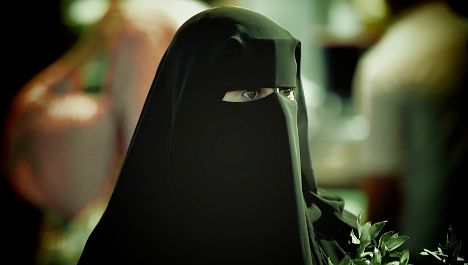 Police have issued several on-the-spot fines since the ban came into effect in April but these are the first court-issued fines, with the women vowing to appeal their case all the way to the European Court of Human Rights.

The two veiled women arrived too late to attend the court hearing, but addressed journalists in front of the building.

“We’ve been sentenced under a law that violates European law. For us, it’s not about the size of the fine, but the principle. We can’t allow women to be convicted for freely following their religious beliefs,” Ahmas said.

The young woman, who comes from the troubled Paris immigrant suburb of Aulnay-sous-Bois, called the ruling a “semi-victory” since it opened the way for a series of appeals she hopes will lead to the law’s abolition.

Yann Gre from the Don’t Touch My Constitution association that is defending the two women who were arrested in May in front of the town hall of Meaux, around 50 kilometres east of Paris, said that they would appeal.

If the fines are confirmed by a higher court, they will take their case to the European Court of Human Rights in Strasbourg, he said.

“This law forbids women in niqab from leaving their homes and going out in public. It’s a kind of life-sentence to prison,” he said.

The women were arrested in May when they brought a birthday cake for mayor and MP Jean-Francois Cope, also head of President Nicolas Sarkozy’s right-wing UMP party that pushed Europe’s first anti-burqa law through parliament.

Cope was instrumental in getting the ban’s scope expanded from official buildings to anywhere on the street, according to Don’t Touch My Constitution.

Several other niqab-wearing women turned out in solidarity for the sentencing, including Kenza Drider from the southern city of Avignon, who declared herself a candidate in next year’s presidential election.

It is however doubtful that she will be able to get the 500 signatures from elected officials required to stand.

The divisive law came into effect at an already fraught moment in relations between the state and France’s Muslim minority, with Sarkozy accused of stigmatising Islam to win back votes from a resurgent far right.

French officials estimate that only around 2,000 women, from a total Muslim population estimated at between four and six million, wear the full-face veils that are traditional in parts of the Arab world and South Asia.

Many Muslims and rights activists say the right-wing president is targeting one of France’s most vulnerable groups to signal to anti-immigration voters that he shares their fear that Islam is a threat to French culture.