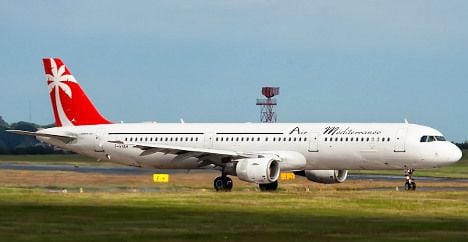 The group, including 18 deaf people, three with hearing difficulties and one person without hearing problems, had already checked in their bags for the flight from Marseille to Bodrum in Turkey when they were told they would not be allowed to board.

“Just as we were about to board, someone from the company told us we couldn’t,” Fabienne Guiramand, the daughter of one of the women in the group, told AFP.

“We tried to explain to the person who was liaising between us and the pilot that we were all perfectly self-reliant,” said another passenger. “Apart from, perhaps, two people who can’t speak, everyone was capable of talking and making themselves understood. Several were wearing hearing aids.”

The airline said on Wednesday that they “regretted” the incident but there were important security reasons.

“In the procedures of Air Méditerranée, the deaf are considered persons of reduced mobility,” said a spokeswoman, adding that in such a case the airline would normally assign a member of cabin crew for every five people.

The company denied it had discriminated against the group, but admitted that it had made “communication errors” and that the pilot should have spoken directly to the group.

“It was unfortunate on our part,” said the spokeswoman. “They felt they were being excluded because of their disability when, in fact, it was just for security reasons.”

“There was no reason to stop them boarding,” said Cédric Lorant, president of an association for the hard of hearing, Unisda (Union Nationale pour l’Insertion Sociale du Déficient Auditif).

“These are people with hearing difficulties but they are able to understand security guidelines and travel autonomously,” he told AFP.

Solidarity minister Roselyne Bachelot took up the case on Wednesday, referring the matter to the state-appointed ombudsman for human rights, the Défenseur des droits.

“On an airplane, a deaf person is in the same situation as someone who doesn’t speak the language of the cabin crew,” she said on Wednesday. “Should we only allow people who speak English or French to board?”

The Défenseur des droits confirmed on Wednesday evening in a statement that they were examining the case and would “hold hearings if required.”