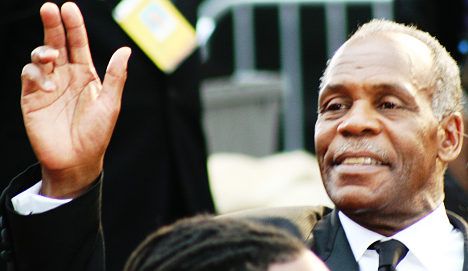 The award, which recognizes significant contributions to the arts, is not restricted to French citizens and previous recipients have included Bob Dylan, George Clooney and Kylie Minogue.

Glover is an actor who is best known for roles such as Sergeant Roger Murtaugh in the Lethal Weapon franchise and for playing the husband of Whoopi Goldberg’s character in The Color Purple. His first film credit was in Escape from Alcatraz in 1979 when he played one of the inmates.

Glover is also known for his wide-reaching community activism, particularly in the area of health care and education programmes in the US and Africa.

He first made his name as an activist while a student at San Francisco State University when he took part in a five-month student-led strike to establish a Department of Black Studies. The strike, which began in 1968, was the longest student walkout in US history.

65-year-old Glover was a Goodwill Ambassador for the United Nations between 1998 and 2004.

The award was presented to Glover by culture minister Frédéric Mitterrand in a ceremony in Paris on Monday evening.

“In France, it’s often the figure of the intellectual, university teacher or writer who gets involved with public issues,” said Mitterrand in his address. “In the US, well-known actors also often seize the initiative in matters of the public interest.”

Glover was also honoured at the Deauville festival of American cinema on September 7th with a tribute for his acting career.