Thomas Viot told AFP that he was attacked by a 2-metre tiger shark at a reef off the capital, Port Moresby.

“I managed to ride back with my kite-surf,” he said from hospital on Monday. “It was bleeding very badly and I don’t know how I managed to get back. I’ve lost a lot of blood and had to have an operation on my legs.”

The diplomat, who is on a posting for the European Union, said he was undeterred by the incident and was eager to get back to kite-surfing.

“It’s not my first surfing accident,” he said. “I was attacked by a stingray at the start of the year…This is my first shark attack though, and hopefully my last.” 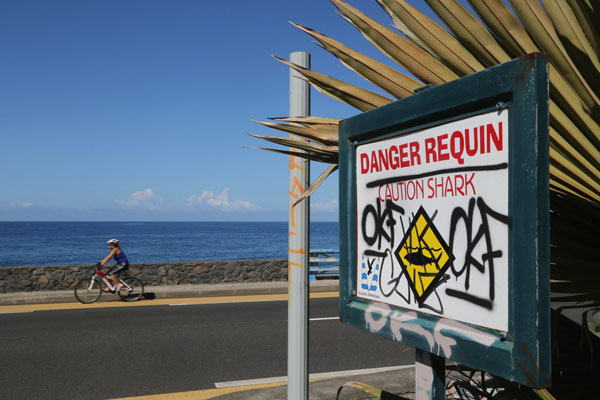 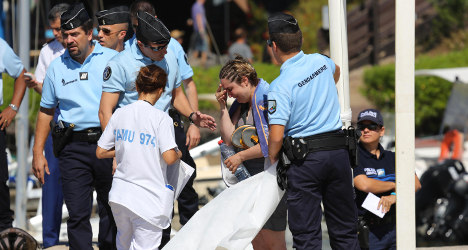 French gendarmes talk to the wife (C) of a 36 year-old French surfer attacked and killed by a shark. Photo: Richard Bouhet/AFP 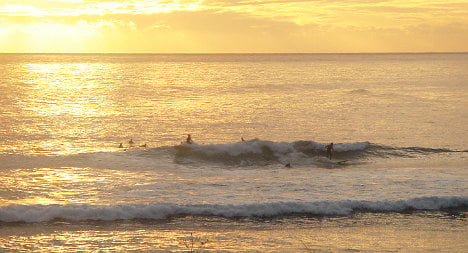