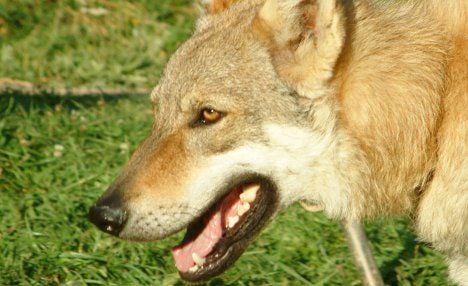 The woman had gone to hospital after being bitten by one of the wolves. While there, she asked for someone to visit her home to feed her animals. The visitor was so alarmed by what she found that she immediately called police.

The house, reported to be in a deplorable state with animal faeces everywhere, contained at least three dogs, eleven cats, canaries, parrots, doves and a ferret. Several animals escaped when police entered the building.

Their most surprising discovery were the two Czechoslovakian wolfdogs, a protected species, which had to be carefully herded into cages.

The woman was known to authorities after a similar discovery of animals was made several years ago. Her identity was even made known to local sanctuaries in the region to prevent her building up another mini-zoo, but she was able to get round the restrictions by finding the animals online.

“When you see how the garden and the outside of the house look, really overgrown, then it’s not so surprising,” said one.

“It was impossible to go on our outside terrace this summer because of the horrible smells,” said another.

All the animals have been taken away to a local refuge. A spokesman said some were “thin” and that the animals needed to be “re-socialized.”