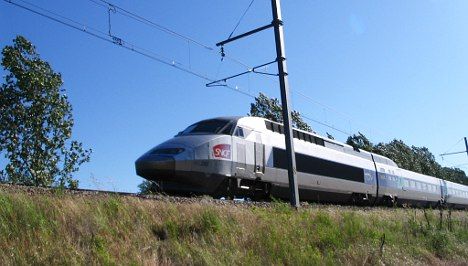 The new section of the LGV (ligne à grande vitesse) covers 190 kilometres of track and links the cities of Dijon and Mulhouse, a vital artery in the east of the country that means journey times between some large cities can be dramatically reduced.

The travel time between Dijon and Strasbourg will be slashed from 3 hours 40 minutes to just 2 hours. Passengers travelling from Dijon to Belfort can set their alarms much later with a journey time that will drop from 2 hours 15 minutes to 50 minutes.

The president will take one of the new trains, which can reach speeds of up to 320 kilometres per hour, to Belfort-Montbéliard where he will give a speech on France’s ambitions in high-speed rail.

The high-speed rail network in France was developed in the 1970s with the first line, between Paris and Lyon, opened in 1981. It now covers more than 1,500 kilometres and connects over 250 destinations.

The new section of track is part of a bigger project to bring high-speed rail to the area. At a cost of €2.3 billion, construction is being financed by France, Switzerland, the European Union and local authorities in Burgundy, Franche-Comté and Alsace.

BFM TV was reporting on Thursday morning that the presidential train ride was creating headaches for security staff who will need to secure the 140 kilometres along which the president plans to travel. 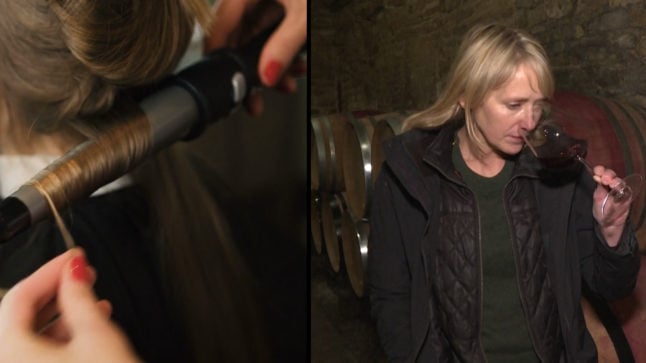 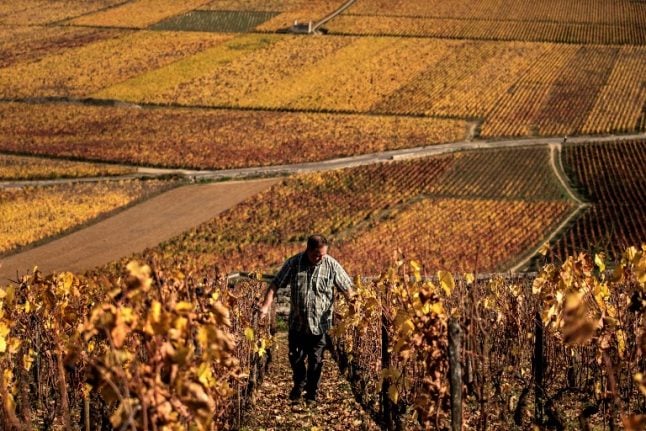 Twenty-three years later, she's become the first woman to be named France's négociant winemaker of the year by the equivalent of the Michelin Stars for wine.

Eyre readily admits that while working as a hairdresser she “probably drank more gin and tonic” — but a flair for coaxing top-notch wines from storied Burgundy vines has propelled her into the French wine firmament.

“There's nothing like making your own wine,” Eyre says while inspecting a glass of Savigny-les-Beaune premier cru aux Vergelesses, one of a half-dozen of her recent reds.

Watch the video below:

French peers believe there's nothing quite like her wines — this month Eyre became the first Australian, and the first woman, to win the Negociant of the Year award by the Revue du Vin de France, an insider's guide to France's finest bottles.

The prestigious title recognises the talent of a particular brand of winemaker — independent players who don't own vineyards but buy grapes from others to make their own.

While the term translates as “merchant,” it has a distinctive meaning in Burgundy, where it's effectively a license to buy grapes or bulk wine for production and resale, though often they end up as underwhelming, low-price tipples.

For Eyre, who grew up in Gippsland, Victoria, on Australia's southeast coast — where she now also makes a wine she imports to France — it was the easiest way to chase a dream sparked by a conversation she had while cutting a client's hair.

Soon after she quit her job and headed to France in 1998, where she helped with the harvest at the family-owned Domaine Chevrot, eventually working at other houses in Burgundy as well as in the Mosel region in Germany while also obtaining a wine-making degree back home.

A few years later she landed at a vineyard owned by New Orleans native Chris Newman, becoming his assistant while also making her own wines on the side.

Eyre now works with a handful of growers to know exactly when their grapes are going to peak, and shows up to handle her harvests herself, “so I know exactly what I'm getting.”

With stocks from celebrated vineyards such as Volney, Corton or Gevrey-Chambertin, she then oversees the fermentation and ageing at a shared “wine studio” at the Chateau de Bligny outside Beaune.

In the cellar, she also dips every bottle top in wax to cover the cork, and applies her subdued white labels by hand.

Critics and top restaurants such as La Tour d'Argent or Pierre Gagnaire have lauded a deft touch that let the grapes, in particular her favourite pinot noirs, reach their full potential.

Her wines also line the shelves of top Paris wine boutiques such as Legrand or the Livre de Cave, a specialist in rare finds.

The Revue du Vin deemed her bottles “superb” and called Eyre “one to watch closely” in the coming years.

“I was overwhelmed. RVF has been a reference for great wines, it's like the Michelin for wines,” Eyre said, noting that “40 years ago, women were not allowed in the cellar at a certain period of the month.”

Looking ahead, Eyre said she would love to eventually have her own winery, though demand for coveted Burgundy fields has made the region a playground for the rich.

“To take that next step to buy a vineyard I'd need an investor,” she said. “If you buy half a hectare of a Grand Cru, you'd be up for a few million.”

But with her 20,000 bottles a year, Eyre is already “shifting negociant wines to tailor-made bottles at the high end of the market, even for the simplest vintages.”

“It shows that it's not only the French who can make wines,” Eyre said. “It opens the doors.”