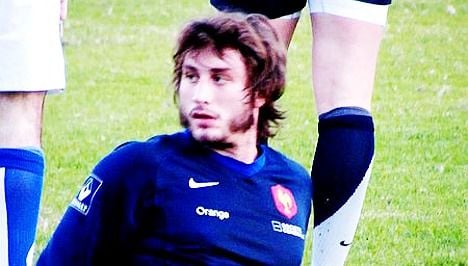 Lievremont, who took over after the last World Cup, won the 2010 Six Nations but it’s been grim in the last 12 months with a record 59-16 defeat at home to Australia in November and a first-ever loss to Italy in the Six Nations.

With Philippe Saint-Andre already announced as his successor after the World Cup, Lievremont said he will be disappointed if the French are not champions of the world come October 23rd.

Fourth-ranked France have been twice World Cup runners-up in 1987 and 1999 but they will have to topple the top-ranked All Blacks in Pool A if they are to avoid a likely quarter-final with England, winners of this year’s Six Nations.

The French squad showed the benefits from over two months together by winning both of their warm-up matches against Ireland.

“This is a real chance for the French team. For the first time in my four years in charge we had the resources and the time to get to know each other and work on fitness and on our rugby,” Lievremont said.

“I am happy with that but it is what follows that will determine whether it was all worth it. Now, it is all systems go.”

Coach John Kirwan is realistic about Japan’s Cup chances and has targeted the group matches against Tonga and Canada.

“For us it’s about being competitive (against France and New Zealand) and Tonga and Canada are the games that are really important for us,” Kirwan said this week.

“We’ve had a great lead-in and a great preparation, but it means nothing and we are judged by the World Cup.”

The 13th-ranked Brave Blossoms have only one win in six World Cup campaigns — a 52-8 success against lowly Zimbabwe in 1991 — and have been well beaten in their only two encounters with Les Bleus.

“We would like to be competitive against France. We want to show the world how much our game has improved so for us it’s about playing our style of game and doing all the things around rugby well,” All Black wing great Kirwan said.

Lievremont said he has chosen the best team “for the moment” by naming Toulouse hooker William Servat for his first outing since June.

He also preferred prop Fabien Barcella and centre Aurelien Rougerie, despite both having just returned to action following months out through injury.

“Without doubt things will evolve and there will be an opportunity to see all the players in the first two matches (the second one against Canada on September 18th),” he said.

“We tried to be objective while taking into account certain injured players who were not available, in the three-quarters especially.”

Lievremont preferred another veteran in Dimitri Yachvili at scrum-half to Morgan Parra and inexperienced Biarritz backrower Raphael Lakafia will win his second cap.

Since the last World Cup, Japan have won all four editions of the Asian Five Nations and are yet to lose a game.

In July, they secured their first-ever Pacific Nations Cup title with a dramatic victory over the 15th-ranked Fiji.

Skipper Takashi Kikutani said it would be a honour for Japan to take on the French.

“In Japan, we don’t have often the opportunity to play against tier one teams; we are lucky,” he said.

“We will do our best to keep our tempo and game control. We have our game plan, most important is we keep our tempo, move the ball and play.”