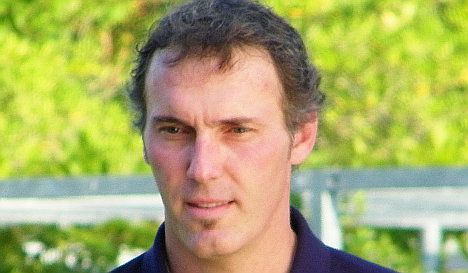 The victory sent France three points clear in Group D ahead of Tuesday’s visit to Romania and extended the team’s unbeaten run to 12 matches.

However, the team’s play continues to attract scrutiny in the French media and Blanc appeared to lose patience while talking to journalists the day after the match in Tirana.

When asked which players had disappointed him, Blanc replied: “That’s for you (the journalists) to say, it’s you who write the match reports.

“I will no longer talk about players individually. I’ll talk about different areas of the game — the defence, the build-up play, the attack — but there will be no more specific comments.”

Asked to explain why, Blanc responded simply: “Because.”

Prompted to expand further, he said: “It creates problems where there are none. We don’t need that. There are enough things to sort out and to manage.”

Samir Nasri has come in for particularly strong criticism in the French sports press over his recent performances for the national team.

L’Equipe awarded him a score of 3/10 for his performance against Albania and criticised him for dropping too deep and dwelling on the ball for too long.

In an article entitled ‘Nasri, a real concern,’ the paper asked: “Why did Nasri keep stepping on the toes of (Alou) Diarra and (Yann) M’Vila, rather than playing closer to (Karim) Benzema … ?

“With France, Nasri has another counter-productive habit: holding on to the ball for more than necessary, as if he was desperate to prove what he’s capable of.”

Nasri’s place in the side has come under pressure from Sochaux midfielder Marvin Martin, who scored twice on his France debut in a 4-1 win over Euro 2012 co-hosts Ukraine in June.

Blanc has publicly spoken of his desire to see Nasri “do more” for France, but last week the Manchester City new boy reacted by saying he would prefer to be told of the coach’s concerns “face to face”.

Blanc was asked why Nasri was not smiling on the pitch, and he replied:

Asked if he had been concerned by Nasri’s declaration that he had nothing to prove, Blanc said: “I didn’t hear him say that and that’s not the conversation that we had.”

Benzema made one goal and created another for M’Vila to put France 2-0 up at half-time, but a defensive mix-up between Younes Kaboul and Eric Abidal saw Erjon Bogdani reply for the hosts in the first minute of the second period.

Blanc refused to comment on the goal, however, and sought instead to focus on what his side had done well.

“We won, remind me, we got three points,” he said.

“I’d like to talk about (goalkeeper) Hugo Lloris, who was good. Yes, he was called upon. I recognise that Albania caused us problems.

“But the analysis doesn’t always have to focus on the negatives. Were there no satisfying elements yesterday (Friday)?”