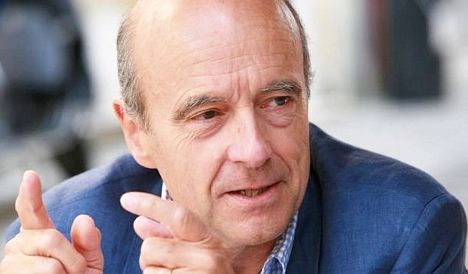 Palestinians, frustrated by the failure of the frozen US-sponsored peace process with Israel, plan to campaign for recognition at the UN General Assembly later this month.

“France hopes that they use the occasion for reopening the path to dialogue rather than risking a futile and dangerous diplomatic confrontation,” Juppe told an annual gathering of French ambassadors.

France is hoping that the 27 countries of the European Union can establish a common position on Palestinian statehood.

“The 27 countries should speak with one voice,” said Juppe ahead of a meeting later Friday of European foreign ministers in Poland which is expected to debate the question.

Washington’s push for an elusive peace deal through direct talks between Israel and the Palestinians has foundered on Israel’s refusal to stop expanding Jewish settlements in east Jerusalem and the West Bank, occupied since 1967.

But the United States insist that Palestinians will only achieve meaningful statehood through a revival of direct peace talks and has warned it will veto the bid in the Security Council.