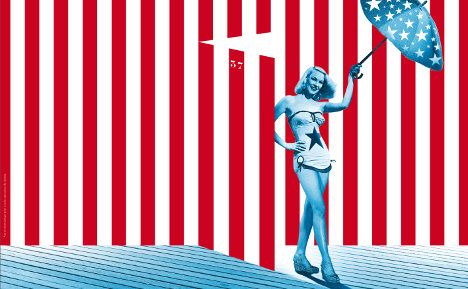 The festival began in 1975 as a celebration of American cinema and this year will show more than 100 films.

“Over ten days, Deauville will show all aspects of American society through film,” said the festival director, Bruno Barde.

Godfather and Apocalypse Now director Ford Coppola will be guest of honour at the festival and five of his films will be shown. The director will also take part in a public discussion with festival-goers on Saturday. His fans may be disappointed that his latest film, TWIXT, starring Val Kilmer and Elle Fanning, will not be shown at the festival. It is being premiered at the Toronto Film Festival later in September.

New York director Abel Ferrara, known for Driller Killer, King of New York and The Funeral, is a special guest and will screen the French premiere of his new film, 4:44 Last Day on Earth.

Like its better-known counterpart in Cannes, the festival has a competition for new films.

Director Olivier Assayas, known for his 2010 film about Carlos the Jackal, will head the jury and fellow members include French actresses Nathalie Baye and Chiara Mastroianni, the daughter of Catherine Deneuve.

The festival runs until September 10th.