The company said net profit dropped by 27 percent to €391 millio owing to a reduced contribution from its stake in Alstom engineering, with its sales and operating profit from its main units making modest gains.

It announced a share buyback offer worth 1.25 billion euros for 11.7 percent of its capital at €30 per share, which it said was a 30-percent premium to the stock’s closing price on Tuesday.

“In response to the recent massive fall in its share price amid heavy trading volumes, Bouygues is proposing a liquidity opportunity to those shareholders who wish to take it, offering them a premium of 29 percent to the one-month average share price,” it said in a statement.

It said the move would also benefit remaining shareholders with an expected 11.0-percent increase in earnings per share if the offer is fully taken up.

The company’s main shareholder, SCDM, which is the family holding of chief executive Martin Bouygues and his brother Olivier, will not participate in the buyback and so its 18-percent stake in the group will increase.

The company’s share price soared by more than 10 percent in early trading to €25.47.

The group’s first-half consolidated sales rose by 4.0 percent to €15.2 billion and the firm raised its annual sales target to €32 billion.

The group’s construction business returned to growth and improved profitability in the first half of the year, with sales up four percent to 4.7 billion and net profit rising six percent to 94 million.

The Colas road building unit increased sales by eight percent to 5.4 billion and returned to black with a profit of €2 million.
Bouygues Telecom saw its first half sales rise five percent to 2.9 billion
euros but net profits slid 19 percent to 213 million euros.
While sales at it TF1 television channel were stable at 1.3 billion euros
it succeeded in closely managing costs and adapt its business model in order
to produce a 61 percent gain in net profit to 119 million euros.
Net profit from Alstom dropped to 94 million euros from 216 million owing
to non-recurring expenses taken by the engineering group. 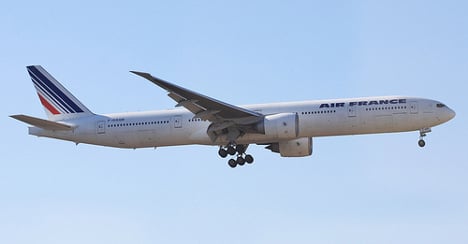