Expatriates across Europe will be able to get more plugged into their new home countries from Monday, with the launch of The Local in France (thelocal.fr), the first of a series of major new English-language news websites.

The Local will bring foreign professionals living in France the latest news and features, along with a range of other services – all in the English language.

The Local currently operates news sites in Sweden, Germany and Switzerland. The launch of the new sites is the result of a major new investment in The Local by Swedish investors.

“English is the language expats across Europe speak at work and in their free time. Yet nobody is catering for their local media needs, so advertisers are missing a chance to reach an incredibly valuable audience,” says Paul Rapacioli, CEO of The Local.

Research shows that expatriates of all nationalities communicate in English, wherever they live.

Among Japanese expatriates, for instance, 68 percent say they speak good English. Among native English-speaking expatriates, relatively few speak a foreign language proficiently. Yet 75 percent of expatriates say that understanding their host country’s culture is one of their biggest challenges:

“Foreign professionals read the Financial Times and Monocle and watch CNN for their global media fix, but they also want to connect with the country in which they’re living. That’s where we come in,” Rapacioli adds.

The Local employs experienced full-time journalists, backed up by a stable of freelancers.

“Investing in journalism is the only way to build a loyal, high-quality audience,” says James Savage, managing editor of The Local, which currently boasts a monthly audience of 2 million unique visitors across its existing sites.

The Local in France will be staffed by editor Paul O’Mahony, former editor of The Local in Sweden, and Matthew Warren, formerly a journalist at BBC Radio 4, along with a stable of experienced freelancers.

The launch of thelocal.fr will be followed by a series of further site launches, in countries including Norway, Belgium, Spain and Austria.

“More sites means exponentially stronger synergies both in terms of traffic and in terms of monetizing that traffic,” says Robin Reznik, Head of International Operations.

“We’ve spent the past twelve months developing a custom-built platform that will enable us to roll out The Local quickly and efficiently in new markets over the next few months.”

“What’s great about this is that whether it’s Paris, Stockholm or Rome, we’re talking to the same audience, in the same language and many of the same advertisers,” says Paul Rapacioli.

The Local has won plaudits in its current markets of Germany and Sweden. It was a nominee for Digital Newspaper of the Year in Sweden and is frequently quoted by international media, including the BBC, NPR, the Economist, the Huffington Post and Der Spiegel.

THE LOCAL
What The Local’s new design means for you

After several years with the same design we decided last year that it was high time to give the site a makeover. For one thing we wanted it to look nicer, but most importantly the new design is aimed at making it quicker and easier for you to find what you need without hassle.

You will notice, for example, that the site has a new menu bar that will direct you to the most popular categories. The example below is taken from our France edition but you will find variations on the same menu items on all our country sites.

You won’t be surprised to learn that we are hoping to retire the Covid-19 category as soon as possible.

On the desktop version of the site, if you hover your mouse over a category title you will find some of the most important related topics.

If you click on one of the main categories in the menu bar you will find links to what are currently the most popular related topics. On the homepage, each article’s main topic will be displayed above the headline so you can quickly click or tap your way to more articles on that subject.

You will also find more topics at the bottom of every page that will take you to related articles.

One significant change is the introduction of a feature that will automatically load up a new article for you once you have got to bottom of the page.

Similarly, articles (like this one) that are not affected by the paywall will show an unlocked padlock.

If you want to search for a particular topic the search tool is prominently displayed at the top left of the desktop and mobile sites. On desktop it’s just under the dropdown menu you can use to switch editions.

As a members of The Local you will be able to quickly access your account details and update your newsletter preferences using the buttons in the top right.

If you are not yet a member you can cast your eyes to the top of the site to see offers that are such good value you will wonder what you’re waiting for. Now really is as good a time as any to join.

READ ALSO: How The Local’s members are helping us get better

We have also worked hard on significantly speeding up the site, which we hope will make your visits to The Local more enjoyable.

You are sure to notice plenty of other changes as you get familiar with the new design. But one thing that hasn’t changed is our commitment to producing independent journalism that leans heavily on dialogue with our readers.

With this in mind, we would love to hear from you if you have any feedback on the new design or suggestions for improvements. You can drop us a line at [email protected] or, if you are a member, you will as always be able to let us know what you think in the comments below the article.

Thanks for reading, and we hope you like the new look! 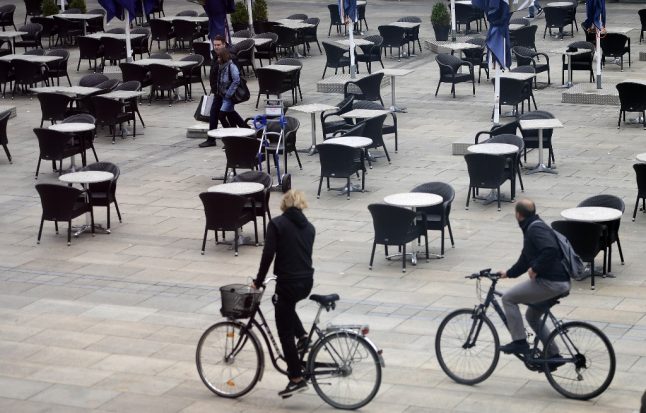 TRAVEL NEWS
Living in Europe: An update from the team at The Local
Url copied to clipboard!