28-year-old Anne Caudal, who was four months pregnant, went missing from a village close to Rennes in the north-west of the country in July.

Her boyfriend, Christophe Piedoux, initially took part in the extensive police search but subsequently admitted that he had killed her after an “argument that took a wrong turn.”

Piedoux was arrested with his wife, who he had falsely claimed to have divorced. It later emerged that Piedoux had lived a double life, continuing to live with both women.

She allegedly helped him to dispose of the body and subsequently directed police to the spot where the partially-burnt body had been hidden.

Piedoux was being held in the Vezin-le-Coquet prison in Brittany when he was discovered on Wednesday morning. He had not been identified as a suicide risk.

Local newspaper Ouest France spoke to the father of the murdered woman, Gilles Caudal, who said he was shattered by the news.

“I wanted a trial,” he said. “That would have allowed me to look this man in the face.”

He regretted that the family would never get the full answers they wanted. 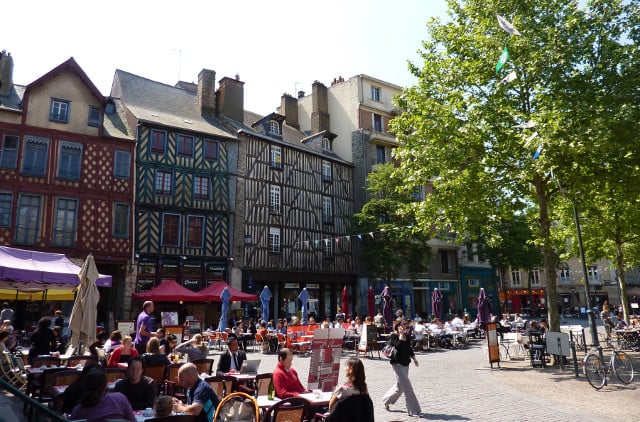 RENNES
Is the city of Rennes really the best place to live in France? 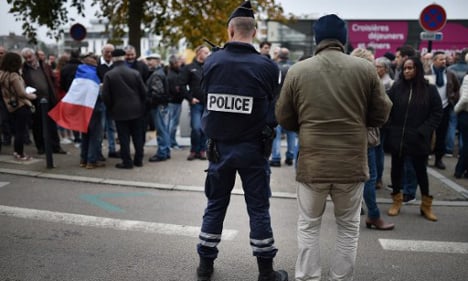 Place Saint-Anne in Rennes. Photo: TouN/Wikicommons
Rennes jumped from seventh position to first in the annual list of the best places to live in France (except Paris) by French newspaper L'Express.
In doing so, it pipped other unheralded contenders such as Limoges in central France, Angers in western France and centrally-located Clermont-Ferrand among others.
But this is certainly no novelty win for the Breton city.
The Brittany capital has been nominated as the best city for quality of life by numerous polls, including The Local's 2016 quality of life survey when it took first place for the best city in France for foreigners to live in.
And for the L'Express's ranking, the city claimed the topspot after scoring highly in several categories including environment, education, property prices, healthcare and security.
“Rennes has something to offer to everybody: arts, food, sports, culture, parties, urban life, country life,” Philippe Henri Max Laporte, who moved to the city two years ago for a masters degree and decided to stay, told The Local.
“In spite of its small size, Rennes has everything a big city would offer,” he added.
Here's what you need to know about what this much-lauded French city has to offer.
The basics
Known for its traditional half-timbered houses (see photo below), Rennes is the capital of France's Brittany region, as well as the Ille-et-Vilaine department in northwest France.
Pleasing on the eye, this historic city dates back more than 2,000 years to the days when it was a small Gallic village named Condate.
The city was the parliamentary and administrative hub of France from the early sixteenth century until the French Revolution and its importance has been on the rise once again since the 1950s, thanks in part to the city's buzzing industry.
Today it has a population of about 700,000 inhabitants. The half-timbered houses of Rennes. Photo: Sokoljan/Wikicommons
Great outdoors
Now we know a bit about the city's history, what's everyday life like in Rennes?
Well, in terms of environment, it's no wonder Rennes, which is just a one hour's drive away from the stunning French port city of St Malo, as well as many other scenic spots on the northern Brittany coast, pushed ahead of the competition.
And it would be understandable if les Rennais rarely felt the need to get out of the city, with the capital of the Brittany region ranking among France's greenest cities, with a whopping 42 m² of green space per inhabitant, compared to the national average of 31 m².
The stunning Parc du Thabor alone should be enough to win over nature lovers, but if not there are 59 other city parks to explore as well as community gardens for those looking to flex their green fingers. Culture
And the city's cultural offering also seems to be a part of Rennes life which its residents are in no doubt over.
Rennes has everything to offer “from 'classical' culture through the museum of fine arts, presenting high end ancient artworks and exhibitions of great quality, the opera house or the Orchestra of Brittany that both strive to make their concerts available to everyone,” said Laporte.
On top of that the city's landmarks are certainly something to be envied, with Rennes boasting architectural gems such as the Saint-Germain church, the Brittany parliament which dates back to the 17th century and was recently restored and there's even a modern highlight in the shape of an apartment building designed by superstar French architect Jean Nouvel.
And for any foodies out there, its blossoming gastronomic scene has also been praised, with the Rennes tourist board calling the city France's “new face of gastronomy”. Opera de Rennes. Photo: Frédéric BISSON/Flickr
Student life
Locals aside, the city has also long been a draw for France's student population.
In fact Rennes welcomes a whopping 65,000 students plus from all over France each year — more than a quarter of its population.
And naturally this has an effect on the atmosphere of the city.
“Rennes has a strong student population which gives the city such a young and vibrant feel,” Nelia Fahloun who lives in Rennes told The Local. Nightlife
Unsurprisingly the large number of students ensures that Rennes — a small city compared to its competitors — punches above its weight in terms of nightlife.
“The nightlife is also a big aspect of this city,” resident Laporte said. “The most famous street is the Rue Saint Michel nicknamed Rue de la Soif (or 'Street of Thirst') for all its bars settled in old 16th century houses.”
Although he added that this can be a downside for people living in popular drinking areas.
Getting around (and out of) the city
The compact city center in Rennes is easily walkable, and nightmarish traffic jams like those in Paris and Marseille are nowhere to be found.
Eric Beaty, Economic and Commercial Attaché at the US consulate in Rennes for 16 years has praised the “efficient” and “quite inexpensive” Metro system.
“Somebody can live in the city and not need a car,” he told The Local previously.
In The Local's 2016 study, Rennes beat out several major cities, including Paris when it came to the quality of public transport which was based on several factors including bicycle paths and the number of residents served by public transport.
And thanks to the new high-speed trains from Paris-Rennes launched in July last year which reduced journey times between the cities from 2h04 to 1h25 a day trip to the capital is easy too. A high speed train passes near the Rennes-Paris highway in Laval. Photo: AFP
Renting
The rent culture of the city's ranked by L'Express also played a part in quality of life.
And this is yet another great perk to living in Rennes.
It can be hard to justify paying €1,000 a month to live in a 6m² studio (also known as a closet) with a shared bathroom in Paris when you can live in relative luxury in Rennes for only €470 (according to recent figures).
Unemployment
As part of the L'Express ranking, Rennes was also ranked France's second best city for work, with only Nantes coming out in front.
At the end of 2017, Rennes had an unemployment rate of 7.1 percent compared to a nationwide unemployment rate of 9 percent.
And in 2015, Rennes was ranked as the best mid-sized city in France for starting a business, thanks in large part to the high quality of training the city's universities offer and the “eco-system” for creating a business, which includes the low jobless rate. Photo: kuutamolla.gmail.com/Depositphotos
Okay, Rennes sounds great…
But is it really the best place to live in France?
According to experts (even those living in Rennes) it's important to put the L'Express ranking and others in perspective.
“We must take these rankings for what they are worth,” Patrick le Floch, economist at the University of Rennes told French local newspaper Ouest France.
“The more a city has a good image, is dynamic, attractive, the more it attracts investors. Ranking derives from attractiveness and attractiveness arises from ranking.”
Still, there's no doubt that Rennes certainly has a lot to offer anyone who's ready to ditch the capital for the charms of a smaller city. 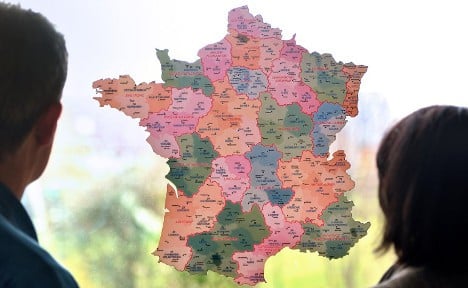 EXPATS
Rennes the best city for foreigners in France: A look at the data 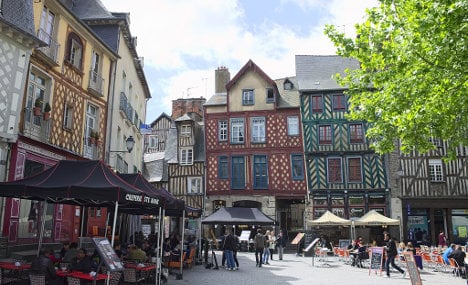 PARTNER CONTENT
Why Rennes is the best city in France for expats to live
Url copied to clipboard!