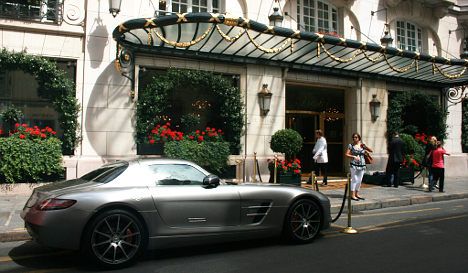 In the latest incident, reported by newspaper Le Parisien, a driver of a BMW was heading into an underground car park in the city’s wealthy 16th arrondissement when he was suddenly confronted by two hooded men armed with a gun.

The 40-year old man was forced to hand over his keys, bank card and PIN code and then ordered to get into the trunk of the car.

He was driven around, locked in the trunk, for several hours while his attackers withdrew money from cash machines. He was eventually abandoned in the suburbs, traumatized but physically unharmed.

In a similar incident earlier in August, a woman was seized in the city’s eastern 12th arrondissement, close to the Bois de Vincennes. She was also driven around and finally abandoned in the city’s northern suburbs.

“To abduct someone and then hold them against their will for a bank card suggests a real increase in the seriousness of these attacks. These are very serious incidents,” a police source told the newspaper.