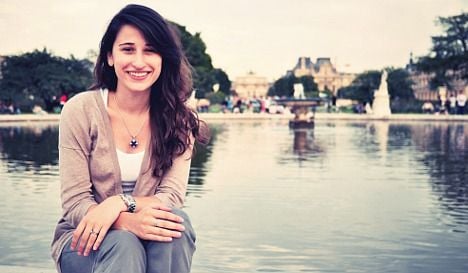 Having focused on French literature and language academically since I was 12 years old, I always knew I would spend an extended amount of time in France at some point in my life. The opportunity presented itself for the first time in college where I came to Paris for a 6-week French language and fashion seminar with the Chamber of Commerce and Industry. It was during this time that I met and quickly began dating the Frenchman who is now my husband!

I was able to return six months later to finish my undergraduate degree and intern at L’Oréal for a few months and then never left. I decided to pursue my Master’s at The American University of Paris and during my second round of studies, my husband and I married which officially set me on the permanent expat path.

How long did it take you to be fully integrated in the community? What was the tipping point, if any?

Adapting and fully integrating is an ongoing process but I’ve finally gotten to the stage where I feel more on the “inside” than on the outside. Initially, even with a French boyfriend, I constantly felt like the piece that didn’t belong in the puzzle which was made worse by the lack of a solid social network. My husband’s friends did not warm up to me immediately and it wasn’t until I could say I was really bilingual that they, as well as others, started to really “get me” and take a genuine interest in my life. Everyone’s story is different and bilingualism is by no means the key – it was for me because I gained immense confidence in myself and was more  inclined to approach French people in much the same way I would an anglophone.

Creating my blog was another huge stepping stone for me – it has been through writing and taking photos that I have gained a fresh perspective on my surroundings. I truly began to blossom over the last two years and have subsequently found that solid social network I was previously missing.

Is it easy to be an expat in France?

Being an expat ANYWHERE – in an urban or rural environment – takes strength, courage, resiliency and incredible patience. At many points during the last five years, I have felt I lacked all of these pre-requisites but they do develop somewhat organically over time. Doing your research, asking the right questions and breaking out of your comfort zone is key no matter what country you make home.

What was the best way you found to become integrated? What would you recommend for newcomers?

I actually just did a post about this on my blog! Adapting to Paris 101…

What is your favourite thing about France?

The lifestyle. The French are unapologetic hedonists on all fronts and they make sure that hard work is compensated for with relaxations and some form of pleasure. The vacation time is often spoken of but the amount of time off they receive is similar to that of many other European countries and it remains an attractive advantage. They see much more of the world or their own country than Americans, not only because the desire to travel is in their blood but because they actually have the time to do so.

Of course, for me, the language is just as important as the lifestyle. I pursued French studies because I was enamored with the language and that is still the case today.

Is there any similarity with your home country?

Despite what some Americans might think, France is an extremely developed nation with most of the same comforts and values as I grew up with personally. The differences can be found rather in priorities and definitions of taste.

What was the biggest culture shock for you?

Aside from the fact that you can’t cash checks in banks, I think the biggest cultural shock to me was seeing how much the French actually eat! The fact is, when people speak about French thinness, they’re primarily thinking of Parisians. Once you get out of the city, you see an entire spectrum of shapes and sizes. I too bought into the fallacy that the French were far slimmer and healthier than us (Anglosaxons) but everything I’ve seen living in Paris and traveling throughout the rest of the country point to questionable eating habits and a diet limited in nutrients.

PARTNER CONTENT
Six reasons why international health insurance could give you peace of mind – now and in the future
Url copied to clipboard!