The bodies of the two women were found on Friday evening close to the town of Salta, a popular tourist region in the country. They had not been seen since July 16th.

Both had been beaten and shot and one of the women is also reported to have been raped. Their bodies were discovered in a wooded area by Argentinian tourists.

Friends and family spoke of two talented women who were passionate about Latin America and were destined for careers in academia.

They were both students at respected institute for Latin American studies, the Institut des hautes etudes de l’Amerique latine, IHEAL, part of the Paris-III-Sorbonne-Nouvelle university.

“This is a place where everyone knows each other,” a fellow student told the newspaper. “We’re a real family here. We’ll be holding a ceremony in their honour when term starts.”

They had been in Argentina for a seminar in Buenos Aires at the end of June and had decided to take a holiday in the Salta region, close to the border with Bolivia.

The families of the two women were met yesterday by the minister for French people overseas, David Douillet. In a statement, the foreign ministry said “we have full confidence in the Argentine authorities with whom we are in constant contact to find those responsible for these murders.”

The families are expected to fly to Argentina on Monday morning. 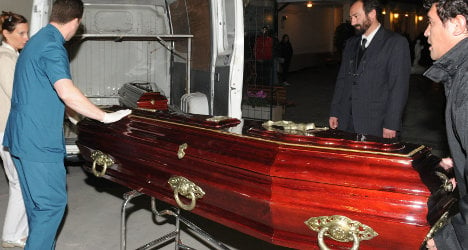 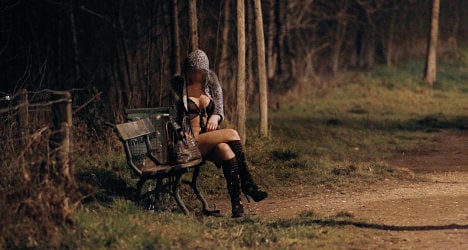 The coffins with the remains of the two murdered French women Houria Moumni and Cassandre Bouvier are carried from the funeral parlor to a funeral depot in Salta. Photo: AFP

About 200 people are to testify before three judges in the trial, which is expected to conclude May 16.

The three accused – Gustavo Lasi, 27, Daniel Vilte, 28, and Santos Vera, 34 – were led into the courtroom in handcuffs to hear the charges against them.

They listened impassively as the mother of one of the victims, 29-year-old Cassandre Bouvier, spoke about her daughter in a barely audible voice, asking that "justice be done."

"She would have been 32. But her path was crossed by the wickedness, the barbarism, the monstrousness that humanity is capable of," said Helen Kottak.

Bouvier and Houria Moumni, 24, were last seen as they entered La Quebrada de San Lorenzo park overlooking Salta in the afternoon of July 15, 2011.

They were found shot to death July 29, their partially clad bodies dumped near a scenic overlook in the park.

Lasi, a former city employee and occasional guide at the park, is the primary suspect.

DNA tests linked him to the women's rape.

He has acknowledged sexually assaulting them, but insists he did not kill them, blaming the other two suspects for their murders.

Vilte, a bricklayer, and Vera, a groundskeeper, deny any connection to the crime.

The three have been in preventative detention since 2011.