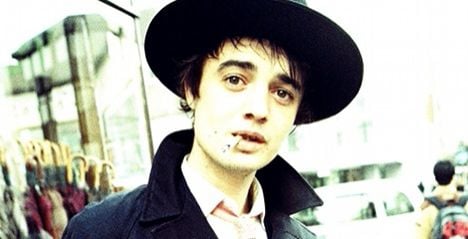 The unlikely pairing was apparently formed earlier in July when the two were introduced shortly after Doherty was released from prison for cocaine possession.

Their friendship is reportedly built on a shared love of music, poetry and fashion.

“Pete and Carla really get on,” the singer’s manager, Andrew Boyd, told the Sunday Mirror. “They are talking about working on a few musical projects together.”

Doherty’s friends say that it was Carla herself who made the initial contact with him. One said  “they’ve met up several times and really hit it off. Pete really enjoys Carla’s company and is flattered by the fact she wants to spend time with him.”

“Carla is just the type of woman Pete likes – intelligent, sophisticated and, of course, extremely beautiful,” the friend added.

Since becoming the wife of the French president, 43-year old Bruni-Sarkozy has continued to pursue artistic projects.

She released an album in 2008 and appeared recently in Woody Allen’s film ‘Midnight in Paris’.

She told newspaper Var-Matin in July that her most recent album has been delayed by the “happy reason” that she is expecting a child.